No, this isn’t an impression of how Fernando Alonso feels when he’s racing other cars – that actually is a double-decker bus on a race track.

The circuit safari is something that’s been popular in the Japanese Super GT championship for a while and allows fans get to experience the track action up close. It’s an idea that’s as brilliant as it is crazy, and somewhat surprising that it’s never been tested in other series around the world.

That’s no longer the case though as the British GT championship trialled what is believed to be the first ever circuit safari to take place outside of Asia.

The classically-British 1965 Routemaster bus completed two laps of Silverstone during a practice session, giving guests and media an unbeatably close view of the various GT3 and GT4 machinery out on the circuit.

To ensure maximum safety the bus was instructed to stick to the left of the track at all times and was followed by the safety car, which signalled the drivers when it was safe to pass.

The idea to do a circuit safari at Silverstone initially began as a bit of a joke but ended up becoming a reality after championship organisers realised it could become a possibility.

Although it’s a one-off thing for now the series is hoping to do it again in the future. Where can we get a ticket?! 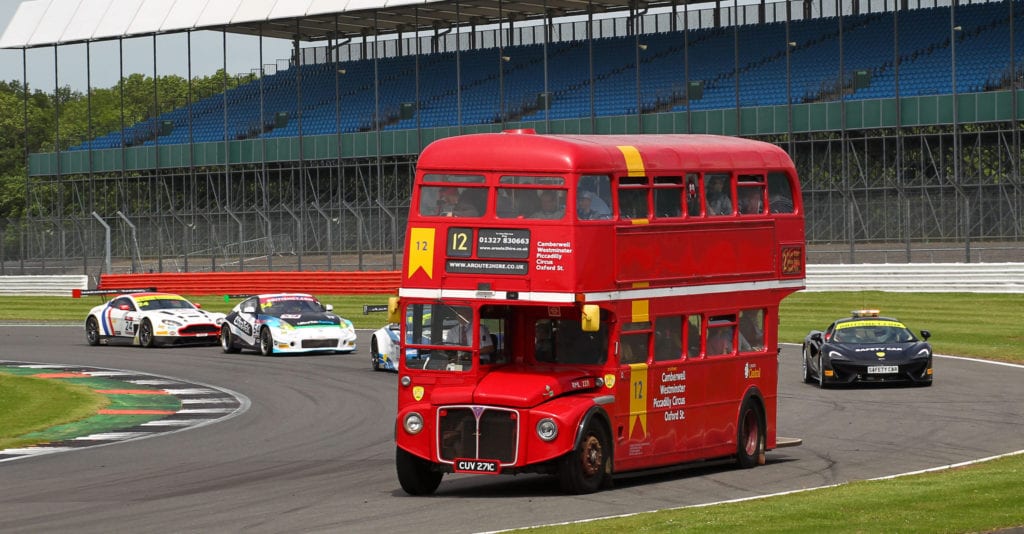