It’s fair to say that things are going well for Fernando Alonso in the WEC at the moment. He was part of the winning crew in the opening round at Spa, and following a pretty mega night-stint at Le Mans, he and the rest of the No.8 Toyota crew are leading heading into the final couple of hours of the race.

For a Formula 1 driver, making the switch to sportscars comes with a few challenges. Someone who knows this well is Martin Brundle, who himself juggled F1 and endurance racing, even winning Le Mans with Jaguar in 1990.

Speaking at Le Mans, Brundle explained the ways in which Alonso (and Jenson Button) have had to adapt to what is a totally different style of racing:

“It’s a completely different challenge and I’m sure some of the hardened sportscar drivers are fed up with seeing Alonso and Button getting all the credit and all the publicity because it’s a specialist business. The biggest difference, of course, is when you’re in a single seater you only have to think about yourself. The seat position, the seatbelts, how the car is set up. Now you’ve got to turn up here and the car has to work for three drivers, in terms of comfort inside the car, how you like the balance of the car, how the car feels.

“You have to respect each other and there is no point in trying to withhold information to make yourself look good. You can’t jump the kerb, if you crashed and hit the wall in the night and think nobody has noticed, you have to be honest, you have to come in and tell somebody, you really do have to trust and respect each other in the car and not just drive for yourself like a single-seater driver. Some single-seater drivers cannot cope with that mentality. You have to be much more of a team player.”

Brundle also talked about how the skill of negotiating traffic can be more important than outright speed.

“In F1 you’re all in one class effectively, here you’ve got LMP2, GTE-Pro, GTE-Am. You have to learn to work the traffic because the ultimate pace of the car means nothing compared to finding your way through backmarkers and not damaging the car. If you damage the car once, or you have to lift the engine cover off once, you almost certainly will not win your class, or win the race overall. So you need discipline and you need respect.”

Well, Fernando certainly demonstrated that early in the race! The teamwork aspect is very important, though, and particularly interesting with regards to Fernando. If he has any weakness in F1 it’s his perceived inability to work with – and as a part of – a team, something Nico Rosberg alluded to during the Canadian GP. It makes you wonder – if he’s really the disruptive force that’s sometimes suggested, why are things going so well in sportscars? 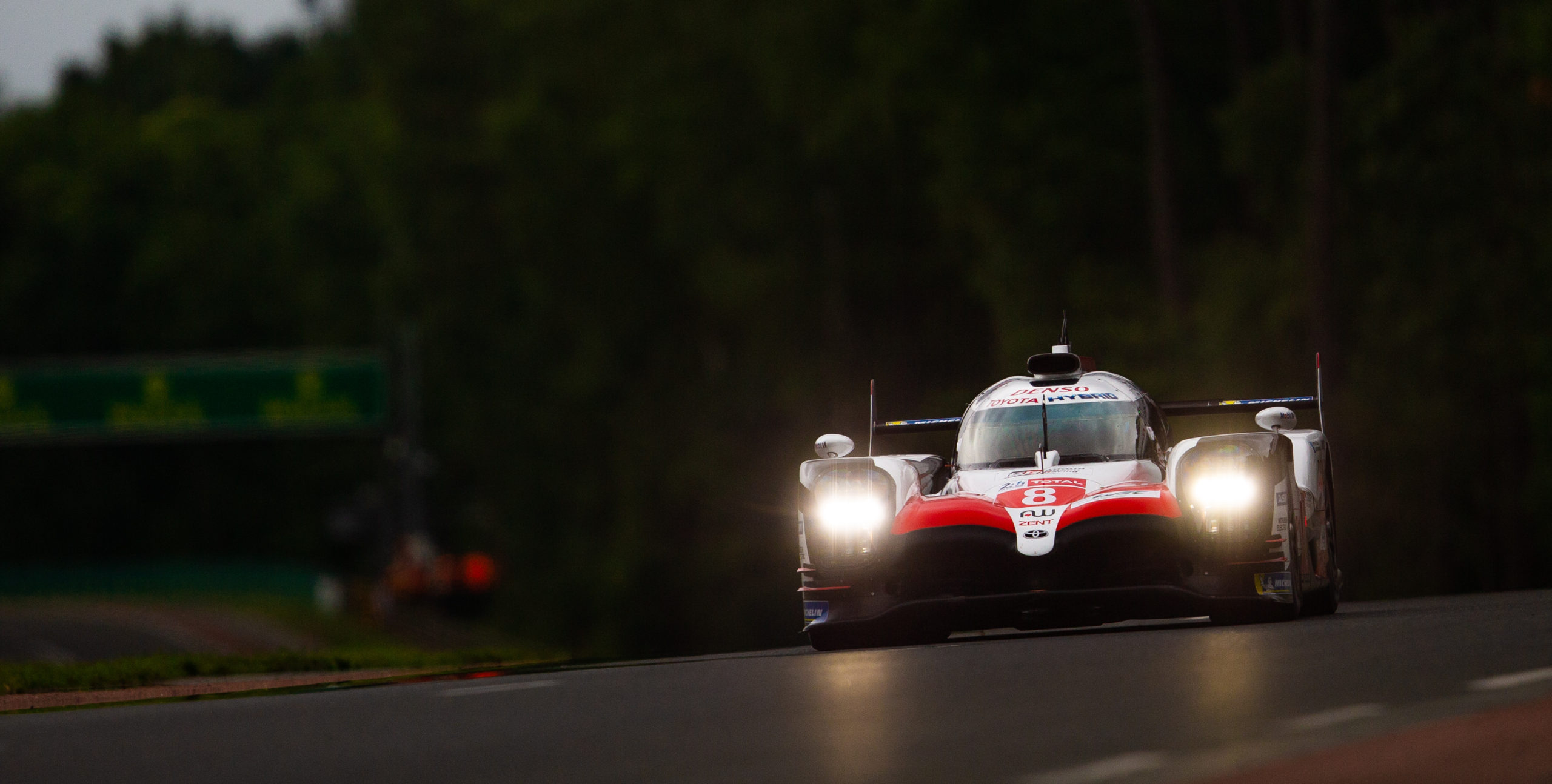