The BTCC’s qualifying session at Croft featured a nasty pile-up at Barcroft corner, with 12 cars involved in total. The session was red flagged as a result.

On an already wet circuit due to rain, it appears fluid was left on the track from another car too, leaving drivers with no grip. Motorbase driver Luke Davenport was the first driver to lose control and crash.

Soon after, 11 other drivers spun off at the same corner with no way of avoiding a huge crash, and several cars were severely damaged.

Davenport and Eurotech driver Jeff Smith both had to be cut from their cars and were then taken to the circuit’s medical centre, before being transferred to hospital.

The BTCC has confirmed in a statement that Davenport is “currently in intensive care in an induced coma” and is in a “serious but stable condition”.

Smith was also badly injured and is in a serious but stable condition, with “multiple chest injuries, extensive shoulder injuries and concussion”.

Aron Taylor-Smith was also injured after he was involved in the huge crash, he suffered a fractured left leg and concussion.

The injuries are “very serious” but “not immediately life threatening”, according to the BTCC, which is encouraging news. Our thoughts are with all those involved and we wish everyone a speedy recovery. 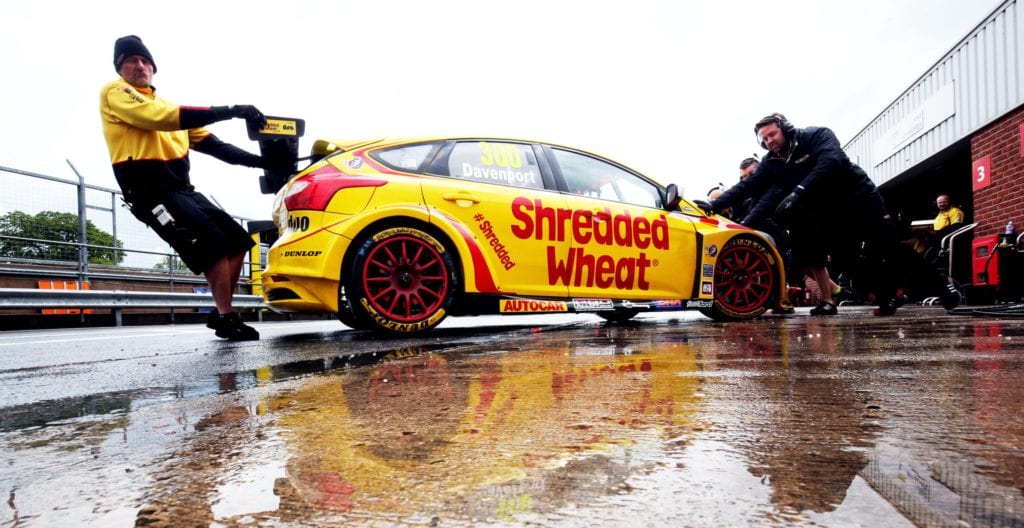