Button And Magnussen Had An Epic Fight For The Lead In The Legends Trophy – WTF1
Skip to content
×
Formula 1 , Gaming

Racing McLaren M23s at the fast, undulating and very short Lime Rock Park circuit, Button took a fairly convincing pole position and it looked like he was about to repeat his exploits from Sebring last week and cruise off to a dominant victory.

However, he slightly fluffed the start (apparently he couldn’t see the green flag), allowing the fast-launching J-Mag the opportunity to send it in to the first corner and take the lead.

With Tony Kanaan making it a trio, the three of them edged away from the rest of the field. Magnussen made a small error at the chicane which Button couldn’t quite capitalise on, before the two had a brief coming together at the first corner, resulting in a brilliant display of synchronised drifting as the former McLaren and Stewart driver held off the 2009 world champion.

As Kanaan dropped away (and eventually collided with a backmarker, promoting Mika Salo to third), Button and Magnussen continued to fight hard at the front. It’s an F1 battle we’ve cruelly been denied in real life – Magnussen’s last grand prix was one-and-a-half years before Jenson made his debut with Williams in 2000 (they both raced at Le Mans in 2018, albeit in different classes).

At virtual Lime Rock, Button was clearly the quicker driver. However, the wily Magnussen (who’s raced there quite a few times in real life in American sportscar racing) drew on all his experience, hit all of his marks and held on – just – to become the first driver to win two races in the Legends Trophy.

The reverse grid race wasn’t quite as sensational – Button had a number of collisions trying to make his way through the field, while Magnussen stealthily made his way to an undramatic fifth. Juan Pablo Montoya took a comfortable win ahead of Dario Franchitti and Emanuele Pirro. 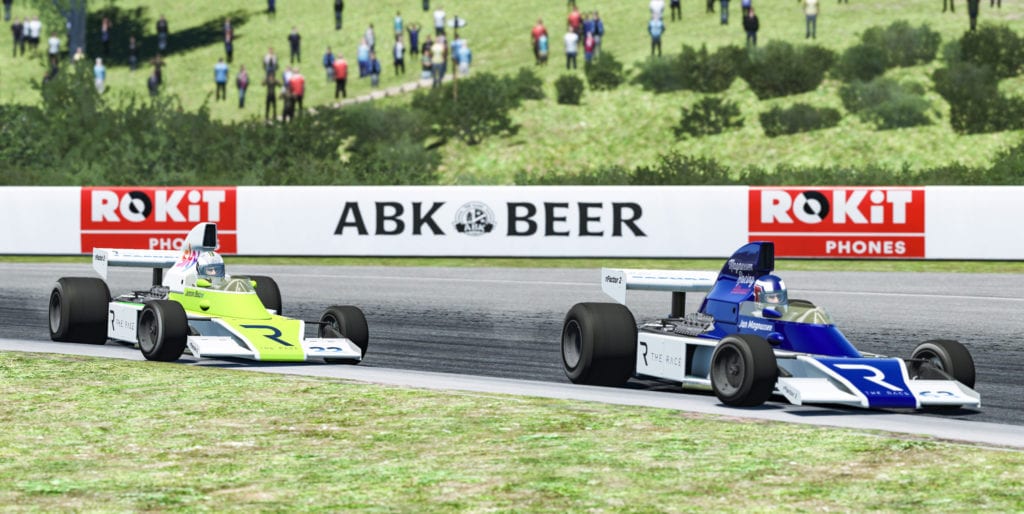