Button Was Disqualified From A Triathlon For Going Too Fast – WTF1
Skip to content
×
Formula 1 , News

Button Was Disqualified From A Triathlon For Going Too Fast

Button took a step back from F1 at the end of last year. Has he retired? We’re still not sure to be honest, although it does look that way.

McLaren confirmed in the announcement of its 2017 drivers it had an “innovative three-driver strategy”, with Button staying on help the team (and becoming a McLaren ambassador).

There’s also the chance he could return in 2018 but in Abu Dhabi last year, it sounded like it was his final race. And judging by his social media posts, he seems pretty happy with post-F1 life.

Well that was a pretty interesting 70.3 Ironman! Swim went well then I jumped on my awesome new bike to find that I hadn't charged the battery for the gears so I was stuck in the toughest gear with 900meters of climbing😬 ran a 1hr23min off the bike which I was pretty happy with, finished 3rd in age group so qualified for the World champs only to be disqualified for speeding in a go slow zone 🤦🏼‍♂️ Ah well onto the next one! Big thanks to @ceramicspeed @rudyproject @huubdesign @asics @sciconbags @ftechcycling @envecomposites #tririg and especially @iamspecialized_tri for my new shiv and this awesome video. @ironmantri #oceanside703 @team_ichiban

He’s been spending most of his time in the USA and recently competed in an Ironman triathlon in California, crossing the line in third place for his age group (and qualifying for the World Championships).

But he didn’t hold onto that spot for long as he was disqualified from the triathlon speeding in the go-slow zone (where cyclists have to slow down for safety reasons). Oops…

Button’s need for speed caught up with him a bit, perhaps?

A triathlon really does sound exhausting and we’re not sure why anyone would want to put themselves through it.

But the Ironman Button competed in was made up of just a casual 1.2-mile swim, 56-mile cycle and a half marathon.

Button’s been a big fan of triathlons since before his 2009 F1 championship and has been chucking himself into the sport even more since stepping back from F1.

He’ll probably be pretty gutted about the disqualification but on Instagram he kept up a brave face and said “ah well, onto the next one”. 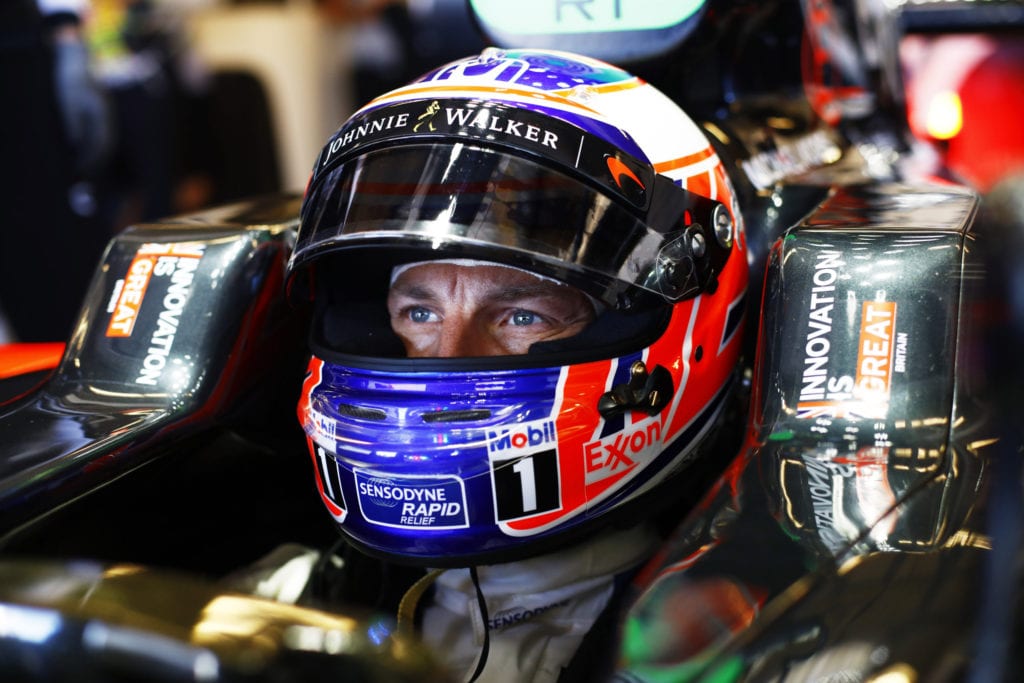