Button Won’t Get Any Track Time In The McLaren MCL32 Before Monaco - WTF1
Skip to content
×
Formula 1 , News

The 2009 Formula 1 champion may be hugely experienced, but being chucked into a new car for Monaco with no previous experience driving it is still a tough task.

Button has been drafted in to replace Fernando Alonso for the Monaco GP due to the Spaniard going off to race the Indianapolis 500 that weekend.

Having seemingly hung up his F1 helmet at the 2016 Abu Dhabi GP, Button was picked as Alonso’s Monaco replacement – hardly surprising, as he’s still involved with McLaren and his experience.

But trying a new car for the first time on the streets of Monte Carlo isn’t the ideal scenario, although he knows the track well and will be trying the car out in the simulator.

It’s interesting McLaren has decided to not bring him in for the post-Bahrain test or a practice session beforehand, but we’re sure Button will be fine.

After all, he’s driven cars in a whole range of different regulations, has loads of experience and has been keeping very fit competing in (and getting disqualified from) triathlons.n

McLaren didn’t feel it was necessary to bring Button in for a test or practice outing before Monaco, with racing director Eric Boullier telling Motorsport.com:

“Jenson spent 17 years in racing in F1. He drove actually the kind of level of downforce that we had today and, going through the differences of the technicalities to drive this year, we agreed the track layout here [in Bahrain], even running practice one in Barcelona, it will not be very useful.

“He is fit, he is ready and having Oliver Turvey next week in the car is part of our fine-tuning the correlation with our simulator. The simulator in MTC is very accurate now and we both believe that it is better for him to spend a couple of days in the simulator driving this car model around the streets of Monaco.”

It was clear Button was the lead candidate to be super-sub and he was apparently thrilled to be asked, according to Boullier:

“His first reaction was, ‘great, I am so excited’. It was an easy discussion. Very straightforward. He was the choice, he had a contract with us anyway. You could feel his excitement over the phone was real and I am happy he will be part of this adventure.”

Button’s a very popular driver so it’s good to see him returning to F1 machinery, even if it’s just a one-off for Monaco. 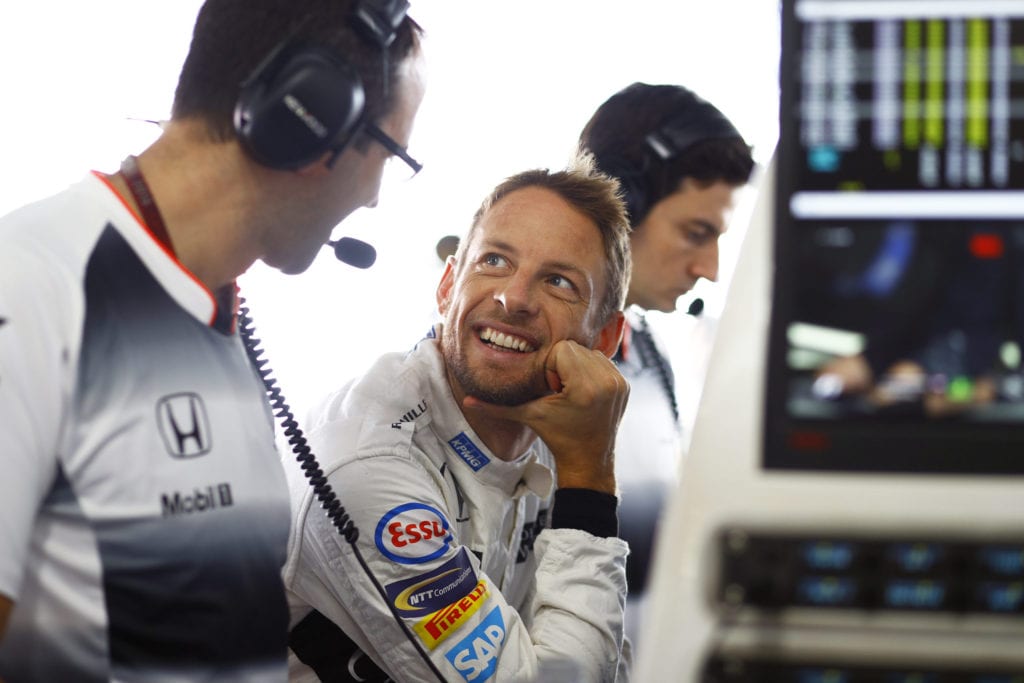