We were all super excited for the green Aston Martin F1 car this year, and in the studio lights at their all singing and dancing launch event it looked pretty magnificent! But on track it hasn’t really had the same effect, it’s very easy to mix it up with the Mercedes and if we’re honest, the dark green looks pretty plain. BWT think the same.

BWT are the reason the car used to be entirely pink, and I think we all agree that it looked brilliant. But they’re not the title sponsor anymore so don’t have any control over the livery like they used to. Andreas Weissenbacher, BWT’s CEO, wants the pink back!

“Lawrence Stroll understands that my heart bleeds,” Andreas said to Speedweek about the car’s 2021 looks. “Historically, the British racing green is certainly understandable for many, but not for me. The Aston Martin doesn’t stand out on TV.”

BWT is famous for their bright pink colour, it has definitely helped them stand out and across motorsport, there are now loads of pink race cars because of them. The whole reason for pink is to stand out, but that’s not going to happen when the only influence they have is a small stripe and Sebastian Vettel having a pink helmet.

Andreas would love to be more involved: “If the Aston Martin were pink, title sponsor Cognizant would also have more fun because the recognition value would be much higher. Business-wise, it was wrong [to change colour].

“My biggest disappointment is that I have not yet been able to convince Lawrence Stroll to make the Aston Martin pink. Not out of selfishness, but out of pure reason, because a pink car simply attracts more attention and has a much more advertising effect.”

They’ve been trying to get more recognition recently in other ways and were the title sponsor of the Styrian Grand Prix which you may have noticed had some funky pink boards for the top three cars in qualifying and the race, yes that’s all because of BWT. They also sponsor cars in DTM, GT Masters, Porsche Supercup and Formula 4.

“The pink colour has not only become our trademark but has also acquired a certain elegance.” said Andreas.

We wouldn’t mind pink coming back to F1, it did always look amazing, maybe BWT will be able to twist Lawrence Stroll’s arm for 2022.

Do you want Aston Martin to go back to pink? Let us know! 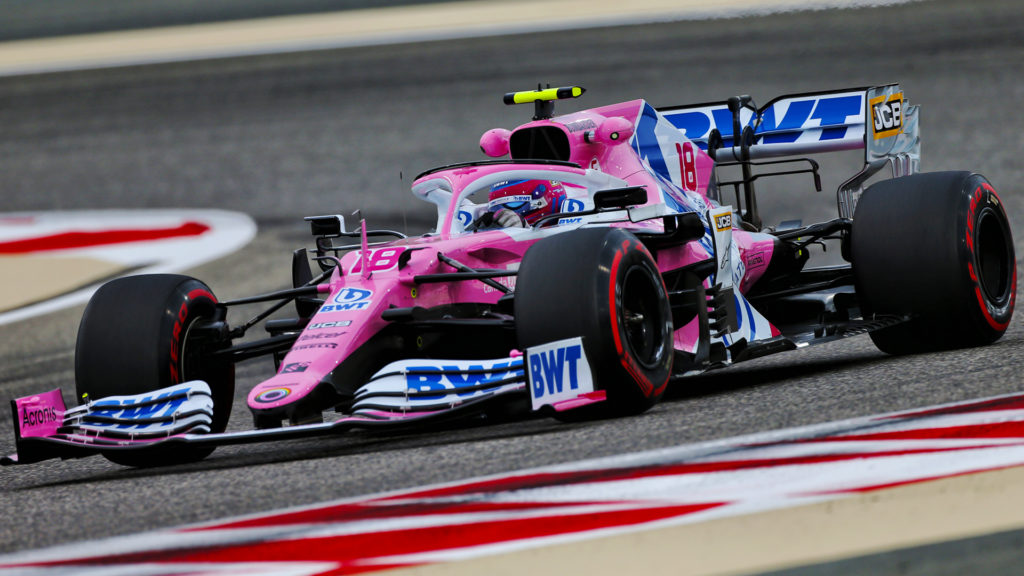