Ferrari’s latest signing, Carlos Sainz, has finally been able to drive a 2018-spec F1 car around the team’s private testing facility in Fiorano. It’s the first real chance we’ve had to see Carlos fully dripping in Ferrari swag, and we have to say it really suits him!

Here’s all the best snaps from his day at the track.

Sainz described his first outing in a Ferrari, a day he will “never forget”.

“One of the most special moments for me was when I arrived at the circuit and I saw the Ferrari with my number 55 on it,” he continued.

His new teammate Charles Leclerc already completed over 100 laps on his run yesterday, after recovering from COVID-19 which he caught at the start of the month.

Leclerc and Sainz are testing as part of a five-day routine that features other Ferrari academy members. This included Giuliano Alesi, Marcus Armstrong and Robert Shwartzman, who all drove on Monday. Mick Schumacher will be in the car on Thursday and Friday and Callum Ilott will complete testing on Friday afternoon.

What do you think of Carlos in his Ferrari gear? 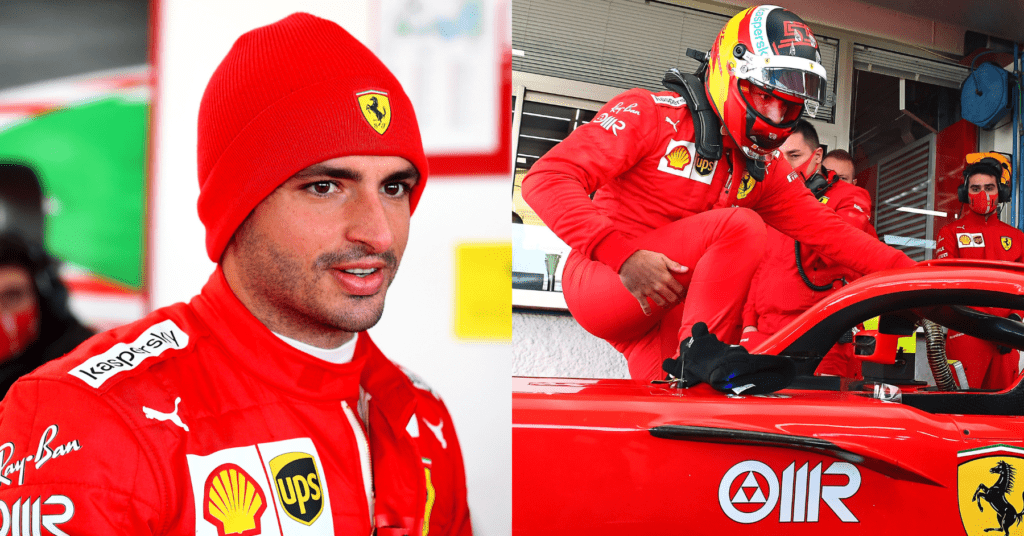