In his WRC career, Sainz took two championships and won 26 rallies before retiring in 2005. At that point he turned his attention to the gruelling Dakar Rally, winning it for Volkswagen for the first time in 2010.

After a streak of DNFs (which includes this nasty roll from last year) he’s finally managed to add a second one. Despite winning just two of the 13 stages, his consistency was enough to see him and co-driver Lucas Cruz take victory over second-placed Nasser Al-Attiyah by almost 44 minutes.

It wasn’t all plain sailing for Sainz though – at one point he was given a 10-minute time penalty for supposedly colliding with a quad bike rider (who bizarrely threatened legal action) though it was later overturned.

With Peugeot ending it’s Dakar programme, Sainz has suggested that he might take the opportunity to hang up his helmet. After winning the rally he said:

“I’m so, so happy, after four years when we joined forces with Peugeot to make a dual-drive winning car. We managed to do it. They’ve already won two times, but I think I deserved this victory because we have put lot of effort into this car. I had ups and downs, but I always tried my best. Especially this rally, it has been so, so hard. I don’t know if I’ll be back next year. Now I have to enjoy this victory, go back home, speak with my wife, with my family and then we will see. Also, Peugeot won’t be here next year so we will see.”

After the career he’s had, you certainly wouldn’t blame him for calling it a day and just putting all his enjoyment into seeing how his son’s F1 career develops!

Today I am probably the proudest son of his father in the whole world. Winner of the toughest @dakar ever done in Southamerica at 55 years of age (good number 😉) and he did it in his own way. Congrats #matador! @CSainz_oficial Congrats @LucasCruz74 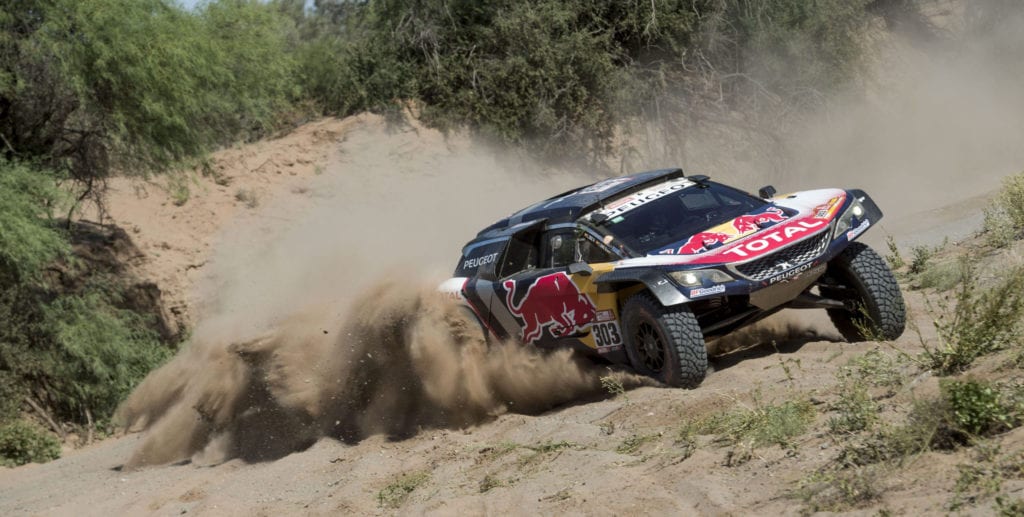