The restarts sparked plenty of talking points, including the now infamous contact between title rivals Sebastian Vettel and Lewis Hamilton.

While there was a lot going on up ahead, Carlos Sainz Jr said the inconsistent pace of the leading cars on the restarts caused problems further back.

He even went on to say the situation was “dangerous” and added it needs to be looking at in the future, to make the restarts safer.

Sainz is quoted by Autosport saying:

“For me it was probably the most dangerous part of the race. The leaders were waiting until the safety car line to start, and at the same time they were going fast-slow.

“For the guys at the back, we’re still in the corners when they’re going fast-slow, and there’s walls and we cannot see through them.

“So suddenly we are going flat out in sixth, seventh gear, and they are braking again. For me, [the restarts were] a bit on the dangerous side, for next year they should reconsider when the leader is obliged to push.”

Hamilton accelerated early out of Turn 16 on the first restart, but left it later (through the quick Turn 17-20 complex) for the next two.
Sainz believes there needs to be a rule on where the restart takes place, to avoid the issues reported from this year’s race:

“I think they should just put a rule for the leader to restart before Turn 16 and then to be flat from 16, make sure he’s racing from 16 onwards.

“If I were the leader, I probably would’ve done the same. It’s not the leader’s fault at all. Make a rule if you want to be a bit more careful and make sure there’s no accidents. If not, just let it be and more things will happen, and that’s it.”

Do you agree? Let us know in the comments! 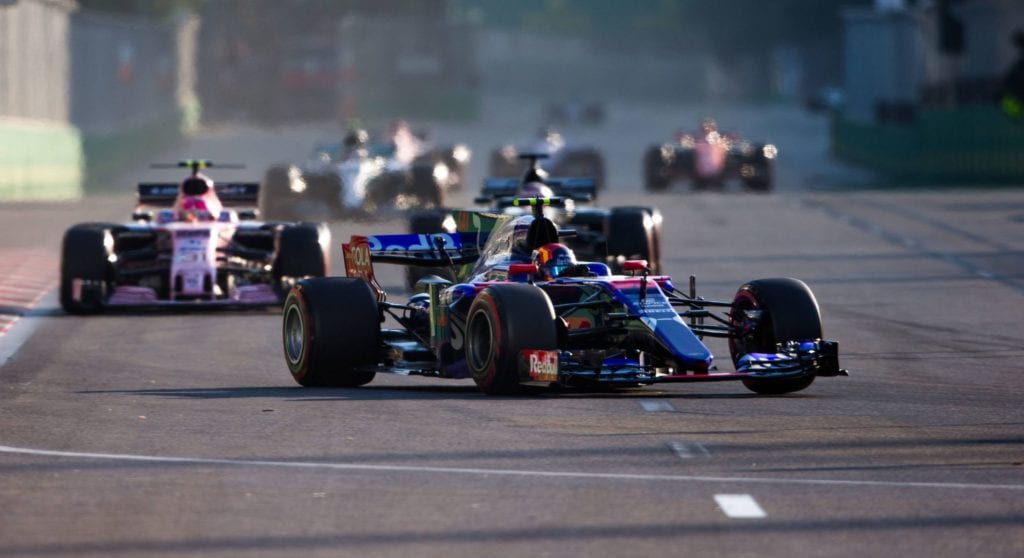