Carlos Sainz Jr’s Engine Failed Before He Even Managed One Lap In Montreal – WTF1
Skip to content
×
Formula 1 , Fun

First practice is a funny session in Formula 1, track conditions are green and it’s not the optimal time to go out and do running, but teams and drivers are keen to get the laps in.

So, whether a team needs the early FP1 running or not, it’s still frustrating to miss out on it due to a mechanical problem.

YELLOW FLAGS: Looks like engine failure for SAI early on in #FP1 as he grinds to a halt at Turn 10 #CanadianGP 🇨🇦 pic.twitter.com/Lp67ajSMkx

Sainz’s Toro Rosso did a McLaren and broke down after just one lap in FP1 at the Canadian Grand Prix – he didn’t even manage to complete his installation lap.

Hardly the ideal start to the day for Sainz, with his STR12 stopping on track at the exit of the hairpin with smoke emerging from the back of the car.

We’re used to seeing Honda engines blow up, less so Renault power units. Plus, with the Circuit Gilles Villeneuve’s location, he had a fairly long trek back to the pits.

Whether it’s a new engine or not, we’re not sure (although, as it’s FP1, it might not be), but it’s still not a great way to kick off the weekend for Sainz, with his session lasting just four minutes. 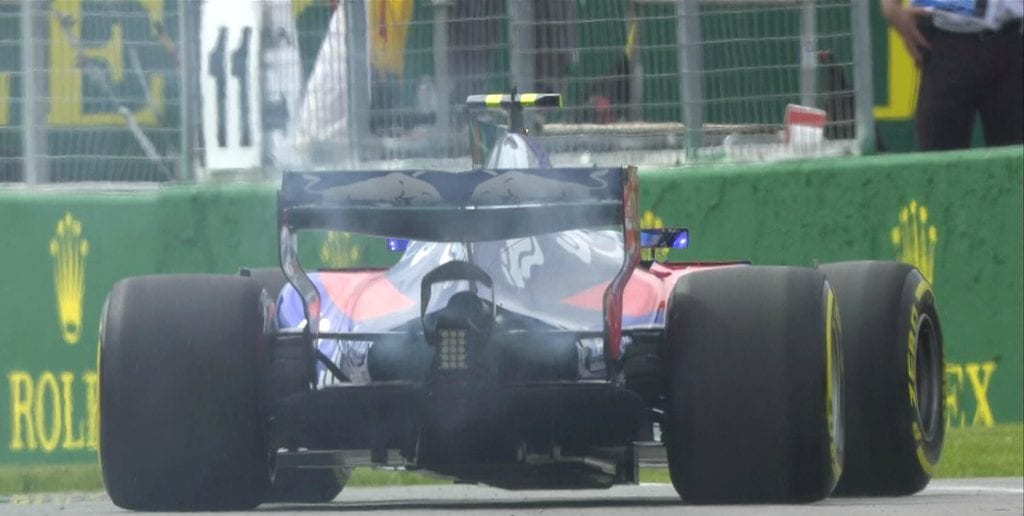