Carmen Jorda’s recent comments suggesting women should aim for Formula E as it’s less physically demanding than Formula One caused quite the stir in the motorsport community over the last few days.

The comments came after the Spaniard’s test in a Formula E car and received a lot of backlash online including that of 2009 F1 world champion, Jenson Button.

Oh Carmen, you’re not helping proper female racing drivers with this comment. Ask @DanicaPatrick about being 💪🏽 enough to drive a race car! She’d kick my butt in the gym & she’s probably as strong as any driver on the F1 Grid right now. Physical barrier is not your issue Carmen https://t.co/hbyMzrCypg

Now Jorda has issued a statement about her recent comments and the news of Tatiana Calderon becoming test driver for Sauber.

Having some experience of both cars, I gave my personal opinion that driving a Formula E car presents less of a physical challenge than Formula One, because of the lower downforce. I also referred to there being ‘a physical issue’ for women in Formula 1, something which has created considerable debate over the last few days — including from many prominent women within our sport.

I would like to thank fellow drivers for sharing their opinions, and respect their views greatly. I am sorry if my comments appeared to speak for all women and created all confusion — as I was reflecting merely on my own personal experience. I never intended to discourage other women from competing at the pinnacle of our sport, or say that they physically cannot. My comments were purely a response to a direct question, asking “do you think Formula E would be easier for women?

As a member of the FIA’s Women in Motorsport Commission, I am committed to encouraging more women to become involved in our sport – both on and off the track – and celebrating those who are achieving great results. As such, I would like to extend my congratulations to Tatiana Calderon, who was yesterday announced as a Formula One test driver at Sauber. I hope that she can become the first woman in 41 years to start a race on the Formula One grid and wish her the very best of luck for the coming season.

I wish all women in motorsport a happy International Women’s Day.” 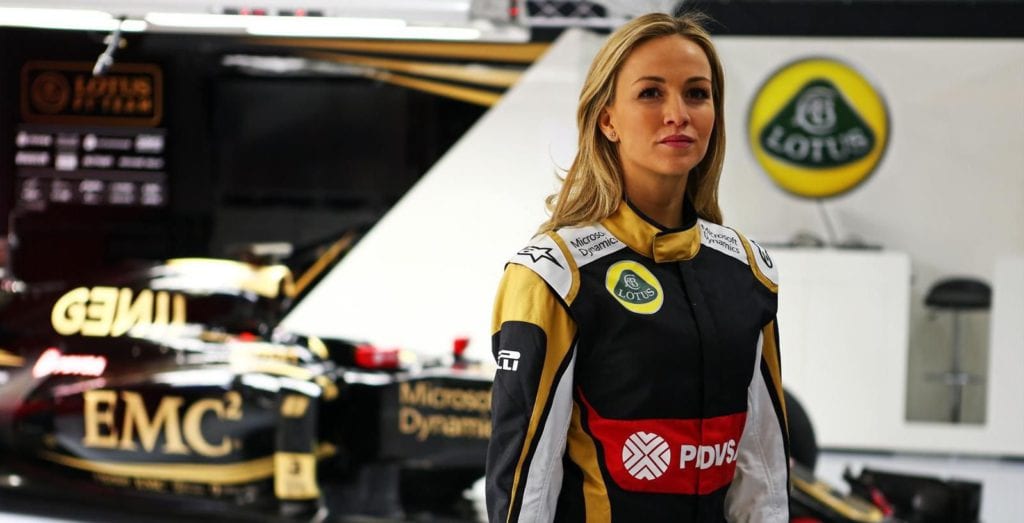