Last year, Carmen Jorda was appointed to the FIA’s Women in Motorsport Commission. This made a lot of people very angry and has widely been regarded as a bad move. Despite being tasked with advancing the cause of women in motorsport she seems determined to hold it back, and her latest comments don’t do a lot to change that view.

After testing a Formula E car in Mexico this weekend, she’s said that aspiring female racing drivers should focus on trying to achieve a career there, rather than in Formula 1. Not necessarily because she thinks it’s a better series or anything like that, but because the cars are easier for women to drive.

“It’s not for me to decide what’s good for women or not in the sport. But in my experience I can say Formula 1 – not all the other championships, karting, Formula 3, GT, I think women are capable of good results in all those series – in Formula 1 and Formula 2 there is a barrier that is a physical issue. I think there is a big issue for women and that’s why there aren’t any in those championships.”

“We have to consider Formula E as a very high-level championship. You can see all the drivers who are here, the car that I tested is not a super-difficult car to drive, but there are so many different things that you have to learn how to manage. It’s a challenging championship. It’s a high level in motorsport. To have a woman here, Formula E has already had some women here, so why not to have more?”

Although she was development driver for Lotus in 2015, Jorda has only driven an F1 car in the team simulator, which makes you wonder what experience she seems to be speaking from. After all, Susie Wolff did a few FP1 sessions with Williams in 2016 and did just fine.

On top of that, single-seaters don’t come much more physically demanding than IndyCars. High-speed, high G-force ovals and savagely bumpy street courses in powerful, downforce-heavy cars with no power steering (unlike F1 and FE) combine to make racing one for a couple of hours a brutal experience requiring plenty of strength and stamina. And guess what? Women regularly compete in IndyCar, and with success too – Pippa Mann does a great job at the Indy 500 every year, Simona de Silvestro has a podium and multiple top 10 finishes to her name, and Danica Patrick is a race winner. Doesn’t seem like they suffer from a whole lot of “physical issues” does it?

It would be easy to just have a chuckle at her comments and dismiss them if she didn’t hold such a position of power and influence. Aside from the lack of success in other series, in just under three years in GP3 she never qualified in the top 20, became the only GP3 driver to fail to qualify for a race, and was generally way slower than everyone else. In qualifying at Spa once, she was 20 seconds off the pace. When she was appointed, many female racers spoke out against her poor record and some of her views, such as being in support of a women-only championship.

The lack of women in the upper echelons of single-seater racing is surely not a question of physical strength, but sheer numbers. Jorda also said that work is being done to introduce more women to motorsport at a young age, and that’s absolutely a good thing. But to simultaneously say that they won’t be able to achieve the same things as men not only undermines the whole effort, it’s simply not true. 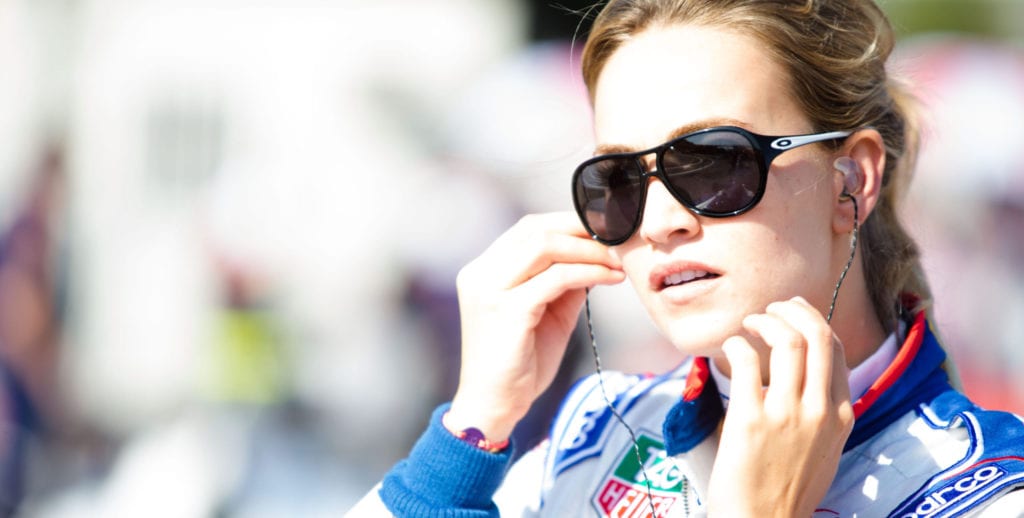