Celebrate Nelson Piquet’s Birthday With His Most Famous F1 Moment

The 17 August marks the birthday of legendary driver Nelson Piquet. The Brazilian took 23 wins and scored three championships during the course of his long and largely successful time in F1.

But, this post isn’t reflecting on those achievements. There’s another, even more famous moment from his F1 career that’s worth revisiting.

So, with Piquet turning 65 in 2017, we thought we’d take a walk down memory lane and remember when he had a proper fight with backmarker Eliseo Salazar.

The brawl took place at the 1982 German Grand Prix, when Piquet collided with Salazar as he tried to lap him into the Ostkurve at the Hockenheimring.

Piquet saw red and climbed out of his damaged Brabham, storming over to Salazar and punching him. He let out a few more hits and kicks before walking away from the scene of the clash.

We’re more used to seeing this kind of rage in Nascar. It’s a rarity in F1, which is probably why the moment has become so famous. 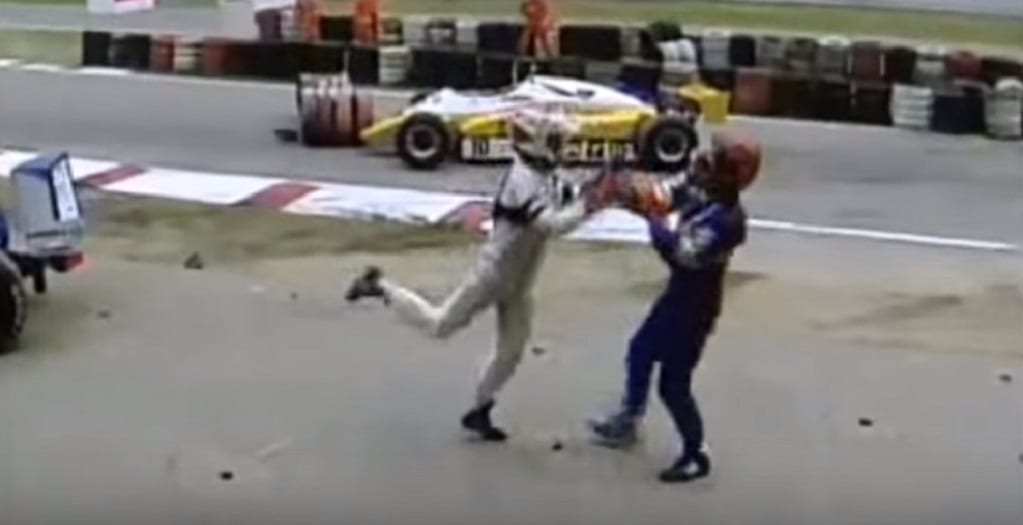