Ferrari are back on top! Charles Leclerc took their first pole position since 2019, oh, and he crashed! Thankfully he had already gone fastest in the first runs in what was an intense Monaco Grand Prix qualifying!

A Ferrari on pole, Verstappen in second and Lewis Hamilton in seventh. What the hell was that?

It’s described as one of the best qualifying sessions of the year, and it did not disappoint. Going into it, we had no idea who could be in with a chance of pole, and Q1 didn’t give us any answers.

Top billing across the practice sessions was between Ferrari and Red Bull, with Max Verstappen and Carlos Sainz both taking turns at the top of the times in Q1 as the pace ramped up. Lando Norris took his place at the top of the timing sheets, too, but Valtteri Bottas went fastest in the end. A surprise first place for Mercedes! It’s a long time since we’ve said that.

Yuki Tsunoda called Imola ‘traffic paradise’, who knows what he was thinking in the even tighter and shorter Monaco circuit. He had never driven a lap of Monaco this weekend, and the inexperience didn’t help him because he was out in Q1 for the second time in a row. Fernando Alonso only made it 17th, though, meaning experience isn’t everything. He just hasn’t been able to get on with that car.

Nicholas Latifi and Nikita Mazepin were the slowest of those who actually set times. Mick Schumacher is 20th with no time because of his massive crash at the end of FP3. His Haas mechanics weren’t able to get the car fixed, unfortunately.

ANOTHER SHOCKER FOR RICCIARDO

The contenders for pole were starting to reveal themselves in the second qualifying session with some very committed laps from the likes of Verstappen and the Ferrari drivers. Lando Norris once again threw himself in the mix, as did Bottas.
The margins were ridiculous. Last year we’d be lucky if there was a second covering the top four cars. The top ten in Q2 were covered by eight tenths! 0.8s! Brilliant stuff!

Lewis Hamilton was consistently a little bit slower than who he wanted to be fighting and finished Q2 in seventh only a few hundredths ahead of Pierre Gasly.

More brilliance came from Antonio Giovinazzi, who got Alfa Romeo into Q3 for the first time this season.

The shock elimination was Daniel Ricciardo. He looked to be gelling with his new McLaren in Barcelona, but at a track where you need confidence, it wasn’t there, and he’s going to start in 12th just behind his old teammate Esteban Ocon.

Lance Stroll, Kimi Raikkonen and George Russell were all eliminated too.

Charles Leclerc took pole for Ferrari at the Monaco Grand Prix after being two tenths clear in his first run, which was the lap that counted after he crashed on his final run!

That’s right, on his final lap, Charles turned in early at the exit of the Swimming Pool complex and broke his front suspension, which threw him into the wall with 18 seconds left in the session.

Thankfully for him, no one had managed to set a faster lap time.

“It doesn’t feel quite the same,” he said after the session. The worry is that he has damaged his gearbox because he whacked the barrier very hard. If he needs a change, then that’s a five-place penalty. But that doesn’t take away from it; Ferrari are back on top!

Max Verstappen set the first time of the session – a 1.10.576. That time gave him second on the grid. He and third-placed Valtteri Bottas had gone even faster in the first sector before Leclerc’s crash, but we were denied that shootout at the end.

Carlos Sainz and Lando Norris both were in the mix all through qualifying and last year’s McLaren teammates fininshed fourth and fifth. Pierre Gasly was fifth, one of the few drivers to get a final run completed.

Lewis Hamilton was in seventh. He just wasn’t hooking it up and backed out of his final run after clipping the wall twice. The championship leader has a lot of work to do tomorrow to salvage some good points against his rival Verstappen.

Sebastian Vettel is in eighth with Sergio Perez a second slower than his teammate in ninth and Antonio Giovinazzi in tenth.

But for now all eyes will be on the Ferrari rebuild over the afternoon to see if they need a new gearbox. This qualifying isn’t over yet.

Charles Leclerc has his 8th pole position; and his and Ferrari's first since Mexico 2019 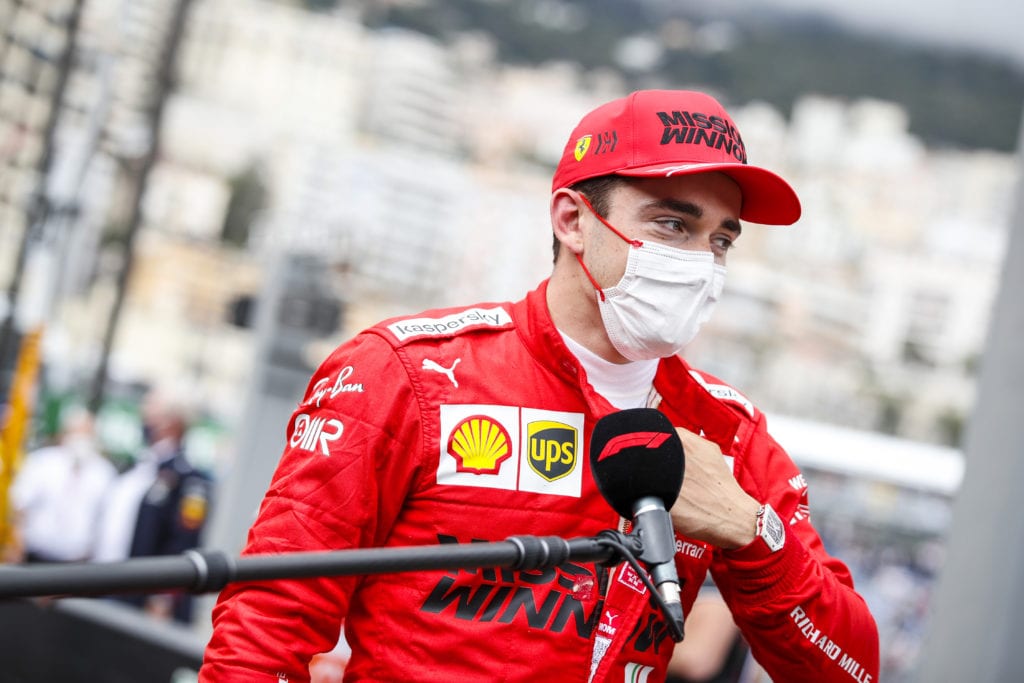