Charles Leclerc Didn’t Have Any Team Radio For Half Of The Emilia Romagna GP – WTF1
Skip to content
×
Formula 1 , News
3 comments

Charles Leclerc was all on his own for half of the Emilia Romagna GP yesterday because he wasn’t able to hear his own team radio for half the race! And he still nearly finished on the podium!

In fact, he didn’t even know that after the red flag, it was going to be a rolling restart and was expecting to line up on the grid. That’s why he didn’t overtake leader Max Verstappen when he had a half spin just before the restart and went off track.

Charles could’ve taken the lead at that point but instead was overtaken by Lando Norris for second at the restart.

The team could hear him, but he couldn’t hear a thing they said. They could only communicate using the pitboard! Considering, for the most part, Charles would’ve been fixated on Lando’s rear wing in front of him, he probably wasn’t studying the pitboard that much.

Close to the podium but just lost out with the red flag. We'll get 'em next time. pic.twitter.com/41kwmpexcw

At the end of the red flag, when they were getting ready to restart the race, Charles and his race engineer were doing a routine radio check, but all Charles could hear was a hissing sound. They tried to adjust his connection a few times, but that didn’t work, and they quickly realised that they were going to have to race-blind.

Charles said to the team: “OK, speak on the board, speak on the board”, meaning the pitboard. He also asked the team to turn off the audio to him so he couldn’t hear any of the hissing sounds and was able to fully focus on the driving.

So the team were able to hear Charles, but he couldn’t hear a thing from them. It makes it all the more exceptional that he was fighting for the podium with only ten laps to go.

Ferrari was disappointed at the end of the race. They were upset to miss out on the podium, which they think would have definitely been theirs before the red flag closed up the field.

“The whole team regrets today.” said Mattia Binotto, the Ferrari Team Principal, to Sky Sports.” We are convinced that without the red flag, our result could be even better.”

“Yes, we are happy with the performance, but it must only be a starting point. Good in qualifying compared to last year, good in the wet, good also in the dry, so we are happy. We have weaknesses, but we know where to focus and work to solve them.”

Do you think Leclerc would’ve got a podium before the red flag? Let us know in the comments. 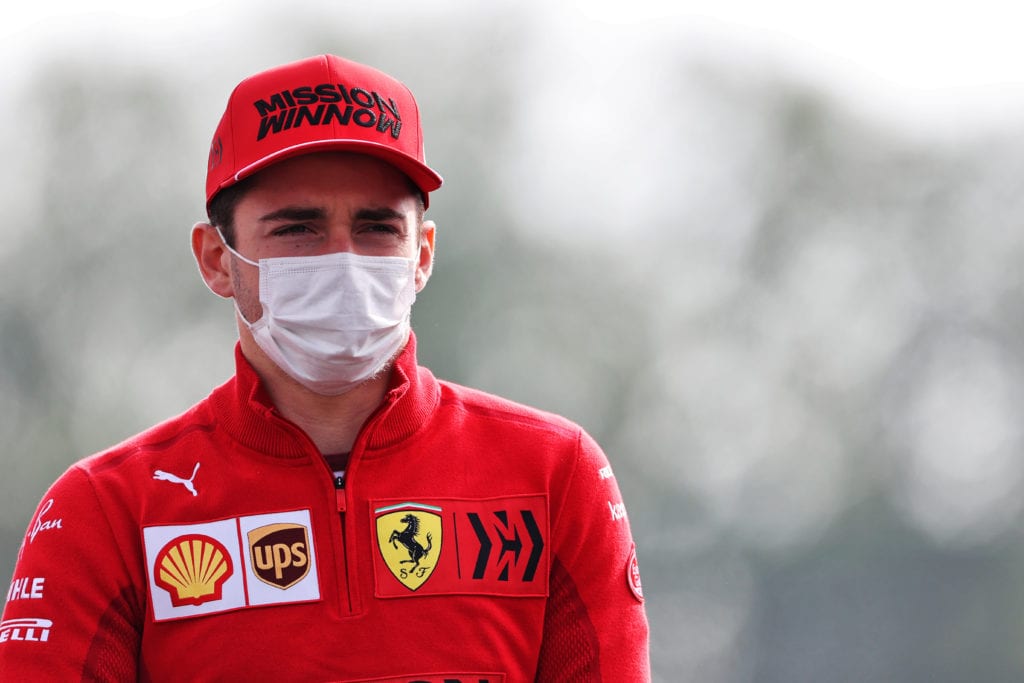