Charles Leclerc has crashed again in Baku! He topped every practice session at the last Azerbaijan Grand Prix but missed out on fighting for pole because of a huge crash in qualifying. This year it was similar, but thankfully for Charles, it was only in FP2.

He was on a lap that would’ve put him fastest, but he broke too late, locked up, and went straight into the barriers at the really tricky Turn 15.

Charles was able to reverse out of the wall and limp back to the pits, and after 15 minutes in the garage, Ferrari got him back out again because the damage wasn’t too bad. However, it’s another whack into the wall on a good lap for Charles after he did it right at the end of qualifying in Monaco last time out.

He's lost a front wing in the process… but manages to reverse out and returns to the pits.

At the very end of the session, Charles struggled with tyre wear, too, but that looked more to be because of the setup rather than anything to do with damage to the car. Nevertheless, tyre wear could be a big issue this weekend for everyone.

Even though Charles was in the wall, Ferrari did look really fast in Baku today and were the only challengers to Red Bull. They ended FP2 third and fourth with Carlos Sainz ahead of Charles, and they were both only a couple of tenths behind Sergio Perez and Max Verstappen, who finished the session first and second, respectively.

Topping the session continues Checo’s tasty form around here. He qualified second in 2016 and got a podium in the race, and did again in 2018. He was even in the fight for the lead at points in 2017! He’ll be hoping he can carry that speed over to Saturday and Sunday so he can score his first podium for Red Bull. Afterwards, Christian Horner called it Checo’s best session of the year!

You’d probably expect Mercedes to be next, but both Lewis Hamilton and Valtteri Bottas didn’t set a time good enough to make it into the top 10! Lewis was 11th over a second off Perez, and Bottas was a second behind in 16th place!

📻 "Do whatever we need to do, I'm not going to go any faster. I don't know where all the time is"

Hamilton is down in P11 currently, over a second off Perez's time in P1 ⏱#AzerbaijanGP 🇦🇿 #F1 pic.twitter.com/hl7Vihs2ve

They just couldn’t hook it up on the qualifying simulation runs. It looks like it could be because of the wind in Baku. The windy conditions in Bahrain really hurt Mercedes at the start of the season because of the new floor rules brought in for 2021. Baku is called the city of winds for a reason. The long-run pace afterwards was closer to Red Bull, though, and it’s a track where qualifying isn’t as important.

There were multiple mistakes from drivers as they tried to get to grips with the tight and fast track, with a lot of drivers now experts in finding reverse gear after needing to back out of the tight run-off areas.

Nikita Mazepin came in for more stick today for blocking drivers once again today, getting in Verstappen’s and Sainz’s way at different points. He finished ahead of his teammate in 18th.

Nicholas Latifi brought out the only red flag of the session after his engine overheated, and he clunked to a stop at Turn 15 with a very nasty sounding engine. 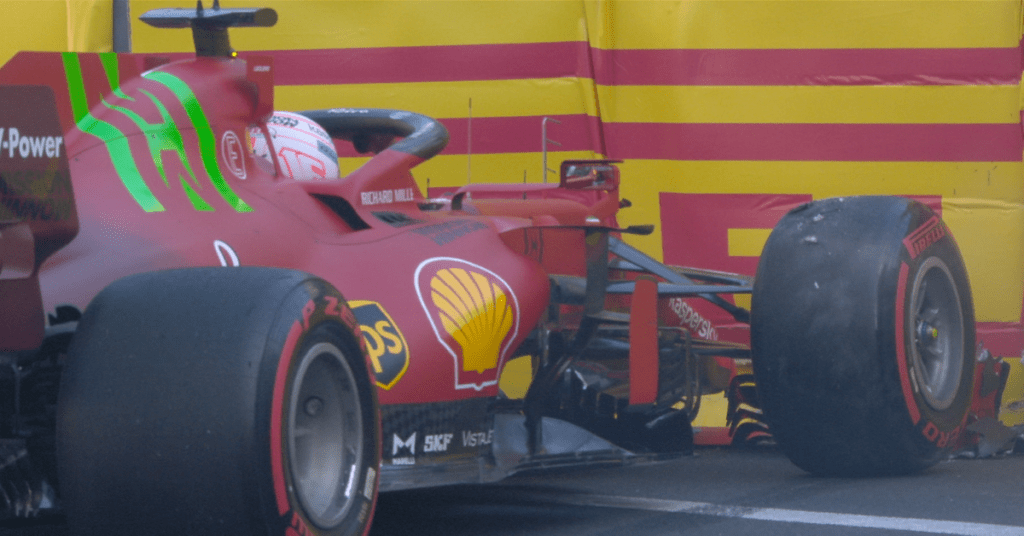