Charles Leclerc Was Critical With His Qualifying For The Portuguese GP – WTF1
Skip to content
×
Formula 1 , News

Charles Leclerc Was Critical With His Qualifying For The Portuguese GP

Portimao is the first race since Turkey last season where Charles Leclerc has been outqualfied by a teammate. Carlos Sainz was fifth for Ferrari today and Charles could only manage eighth in Q3 and didn’t look to be quite on the same pace as Carlos at any point.

“Carlos has been very competitive all weekend and he has just been driving better than me,” Charles told F1 this afternoon, “I know the potential is there now it’s just up to me to do the job on track.”

He was really critical of his performance, he didn’t blame the wind or the low-grip conditions, Charles just straight out blamed himself.

“I’ve just been struggling, I haven’t been good enough today. It’s been a very difficult session with a lot of wind and I just didn’t drive well. [I was] very inconsistent.

“I think it is the wind but the wind is the same for everyone so I should’ve just driven better and that’s it. Yeah, I just need to accept that today I haven’t done a good job.”

It was a familiar story across the top 10. Everyone was struggling with the wind with only Valtteri Bottas actually improving on his Q2 time in Q3. Leclerc’s lap was six tenths slower.

“My Q2 lap, I was very happy with. We went through on mediums so that’s very good for the strategy tomorrow, but then in Q3, when I had to do the lap, it was just not clean enough and that’s the way it is. I will learn from it.

“I think we are in quite a good position because we are the first car, apart from Red Bull or Mercedes that I’m not fighting, that are on medium tyres so I hope we can take an advantage from it and have a good race from there.”

For most of the last race in Imola, Charles was running in the podium positions and only lost out with a few laps to go when Lewis Hamilton made his comeback through the field. It will be a lot harder to get to that position tomorrow with the McLaren of Lando Norris and the Alpine of Esteban Ocon starting ahead but anything can happen.

Can Ferrari get their first 2021 podium tomorrow? 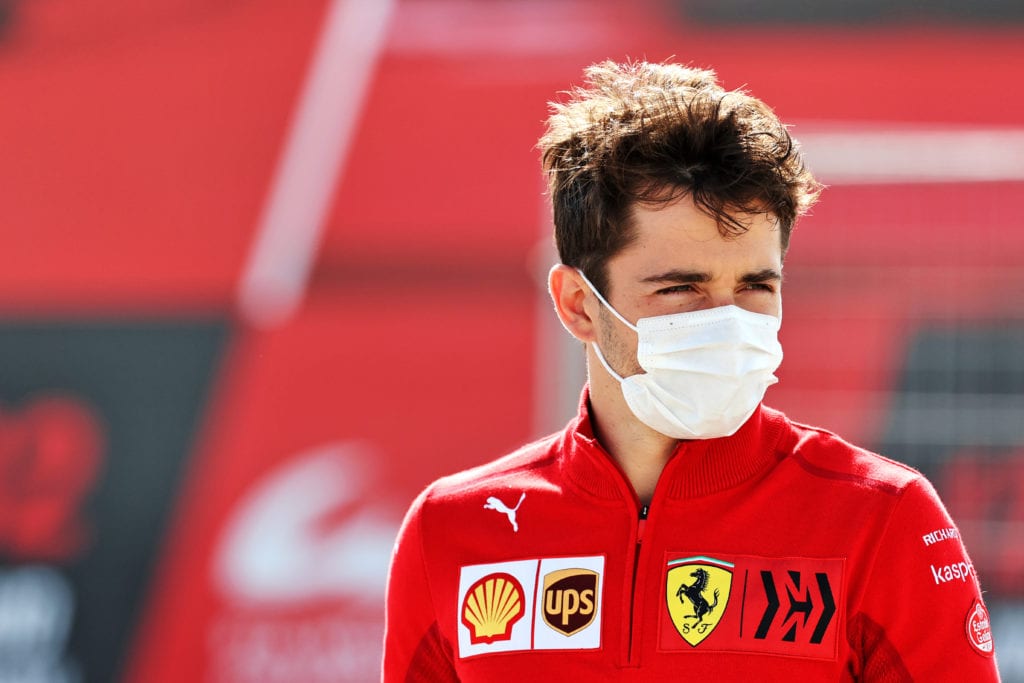