Charles Leclerc Will Drive In Four FP1 Sessions This Year

Unless you’ve been living under a rock or something, chances are you’ll have heard of Charles Leclerc. The 19-year-old from Monaco won the GP3 championship in 2016 and this year has been utterly dominant in Formula 2.

In fact, with a bit less bad luck he might already be champion, and chances are he’s going to secure it at the penultimate round in Jerez in October.

His performances have naturally put him at the top of the list of young drivers who will probably get an F1 seat in 2018, and the news that he’ll do four FP1 sessions for Sauber over the rest of this season make it look even more likely.

Leclerc will drive the C36 in FP1 in Malaysia, where he’ll take over Marcus Ericsson’s car. He’ll also drive in the USA, Mexico and Brazil, though it’s not been said whose car he’ll be driving in those events.

He’s no stranger to F1 machinery – he drove in four practice sessions for Haas last year, and this year took over testing duties for Ferrari in Hungary – after all, he is part of the Ferrari Driver Academy!

Ferrari president Sergio Marchionne apparently wants to use Sauber as a sort of Ferrari B-team where it can train Kimi Raikkonen’s 2019 replaceme—sorry, the next generation of young drivers, so seeing Leclerc in one of the two seats next year looks like being a no-brainer.

There’s a possibility he could be joined by Antonio Giovinazzi too, but whether Sauber will agree to have both of its seats dictated by Ferrari is unknown – especially as the team’s owners also back Ericsson… 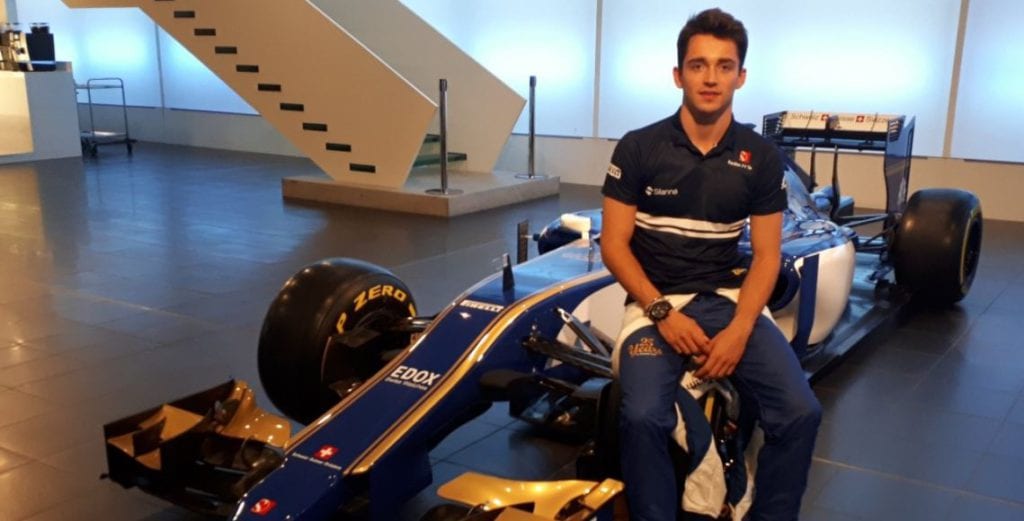