It’s been far too long since there was a Leclerc at Sauber, hasn’t it? But fear not, for the 18-year-old Leclerc will drive for the US Racing-CHRS outfit in the German championship and certain rounds of the Italian championship in 2019.

Leclerc made the step up to car racing last year in the French F4 series, finishing fifth, and impressing Sauber with his performances. The Monegasque also has top-tier experience with Formula E as part of the Monaco-based team Venturi’s young driver programme and he drove in the rookie test earlier this year.

The Sauber US Racing-CHRS team is run in tandem by former F1 mainstay and six-time race winner Ralf Schumacher and Gerhard Ungar, previously of the Caterham F1 team. After completing Sauber’s junior lineup for the upcoming season, Leclerc said:

“I’m super excited to be part of the Sauber Junior Team. It’s a serious programme that is affiliated to an F1 team and my brother was part of Sauber as well during 2018. This is an opportunity that means a lot to me.

“My car will be completely different and much faster than the F4 car I drove in France, but my target is to win and move on to the next racing category. It’s been great to work with the guys at US Racing and Charouz [Racing System, another Sauber affiliated junior team ]. It’s a proper team and I already feel really confident with them and the car.”

Alfa Romeo team principal and Sauber Motorsport CEO Frederic Vasseur welcomed the young(er) Leclerc to the team and said that Sauber will be keeping a close eye on its first assault on the entirety of the junior formula ladder.

“It is a pleasure to see the Sauber Junior Team’s driver line-up for the 2019 FIA Formula 4 championship be completed by Arthur Leclerc joining the team. Arthur has demonstrated his dedication and skills over the course of the past year while competing in the French F4 Championship and will now take his next step by competing on an international level.

“The Sauber Junior Team will set out to challenge teams in F2, F3 and F4 with a strong selection of drivers this season. We look forward to following their progress closely.”

Not since the Schumachers in 2006 have we seen two siblings racing together in F1. If Leclerc the younger is successful, then give it a few years and that streak could come to an end. No pressure, Arthur! 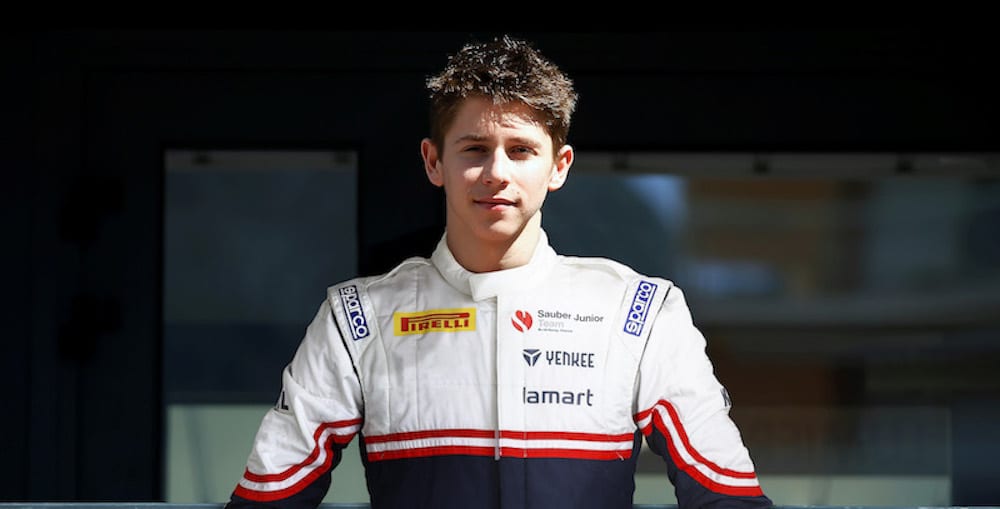