Ferrari had a forgettable Spanish Grand Prix, with probably the most memorable thing being the introduction of its controversial Halo mirrors. Although technically legal, the FIA is set to ban the design for the next race in Monaco it seems to be a bit of a grey area at the moment. Whiting explained that the problem comes from the team trying to pass off aerodynamic winglets as mountings:

“There’s a liberal interpretation of the word ‘mounting’. That’s how they’ve become legal because there’s no bodywork allowed in the area. The interpretation hinges on whether we think that’s a mounting or not. We somehow think not, so we’re going to take some action. If it was a clear breach of the regulations they wouldn’t have been allowed to use it here. But we’ll clarify that to everybody.”

Whiting also said that if Ferrari turns up at Monaco with the same design there’ll be an issue with the legality, although he’s hoping the clarification will make it clear that Ferrari will have to alter its design.

“I doubt they would be there if there wasn’t a measurable aero advantage. These days, that doesn’t have to be big.”

As dodgy as they may look, it kinda sucks that the idea has been shut down so quickly. After all, simple innovations like this are the sort of thing many of us like about F1 and, with regulations becoming ever more restrictive, they’re becoming ever rarer.

Any micro gains Ferrari made with its questionable mounts at the weekend won’t compare to the gains it’ll be hoping to find in Monaco when the regular Pirelli compounds are brought back. The formula changed slightly for the Spanish Grand Prix, but the top teams will surely be back in close contention when normal service resumes, be it mirrors, mounts or rubber. 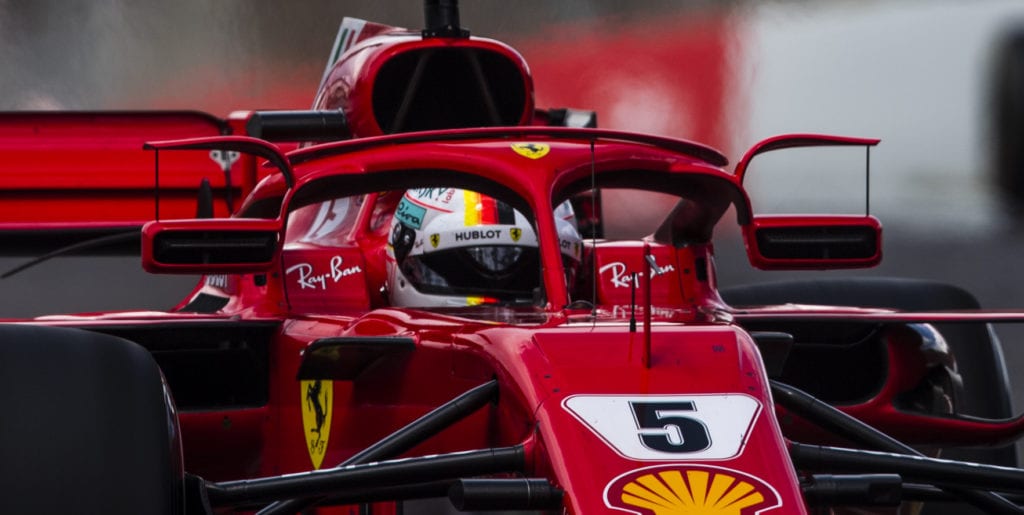