The 2018 pre-season has already given us plenty of drama, be it the posturing surrounding the removal of grid girls from F1, or the apparent growing war of words between Formula 1 boss Chase Carey and Formula E CEO Alejandro Agag.

Reacting to comments made by Agag claiming that Formula E could be the sole surviving form of motorsport in 30 years time, Carey has hit back. Speaking to Sports Bild, he said:

“I’m glad he has a crystal ball that can look 20 to 30 years into the future. Formula E is not a competitor for us. It represents one thing that matters to all of us: the environment. It’s more of a street party than a sports event. People who were there told me they had fun because there was music and good food.

Formula 1 is watched worldwide, and we now have the opportunity to take it to a new level. I believe that other series even help us, because they create interest. The premier class is and remains Formula 1.”

The comments follow further swipes that Formula E made against F1. Agag accused the sport of copying Formula E’s ideas, and when F1 announced that grid girls would no longer be a thing Formula E issued a statement saying “Welcome to the 21st century”. However, not long after that, Formula E announced that it might continue to use grid girls in the future after all!

Both series have positives and negatives and it’s funny how Carey and Agag would seemingly rather engage in a bit of banter than work together to improve both championships. After a few weeks of navigating the ethical minefield of liberal female employment, our next mass argument could concern the street party factor of Formula E, or the short(er) future that Formula 1 apparently has. Some of us are just looking forward to and enjoying the racing though, in both categories. 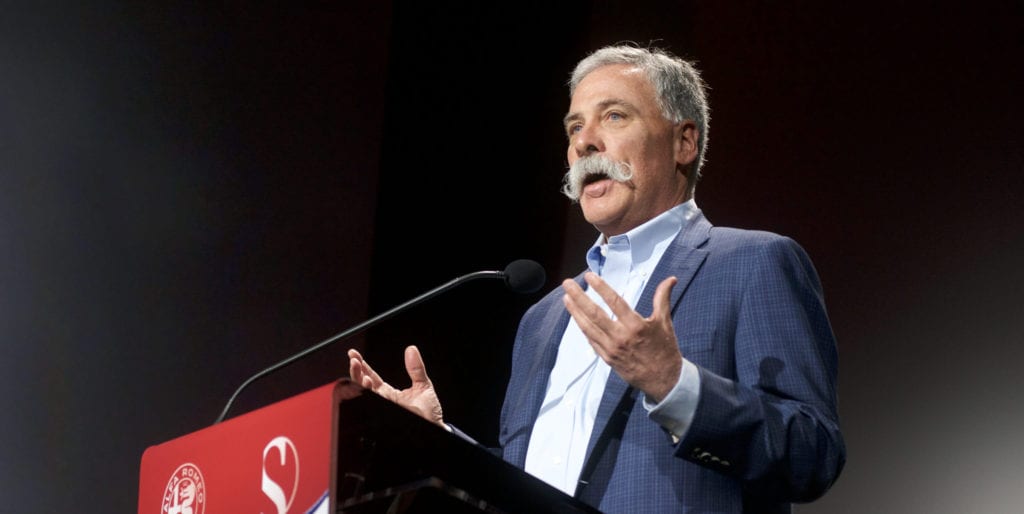