Sauber already showed off its 2018 livery when it announced the technical partnership with Alfa Romeo at the end of last year, but now we get to see the colours on its new car and it looks… well, like this!

The team also announced a bunch of new sponsors, which is good news. It’s just a shame they aren’t more prominent on the car – if that white space was a bit more populated it could be a really smart livery!

There’s a touch of Force India about the nose and plenty of winglets in the sidepod area, which seems to be a hallmark of the 2018 cars we’ve seen so far. The team has also gone down the Williams route of making the Halo white.

With increased support from Ferrari and hotshot rookie Charles Leclerc in the team, Sauber could end up being surprise midfield performers this season. 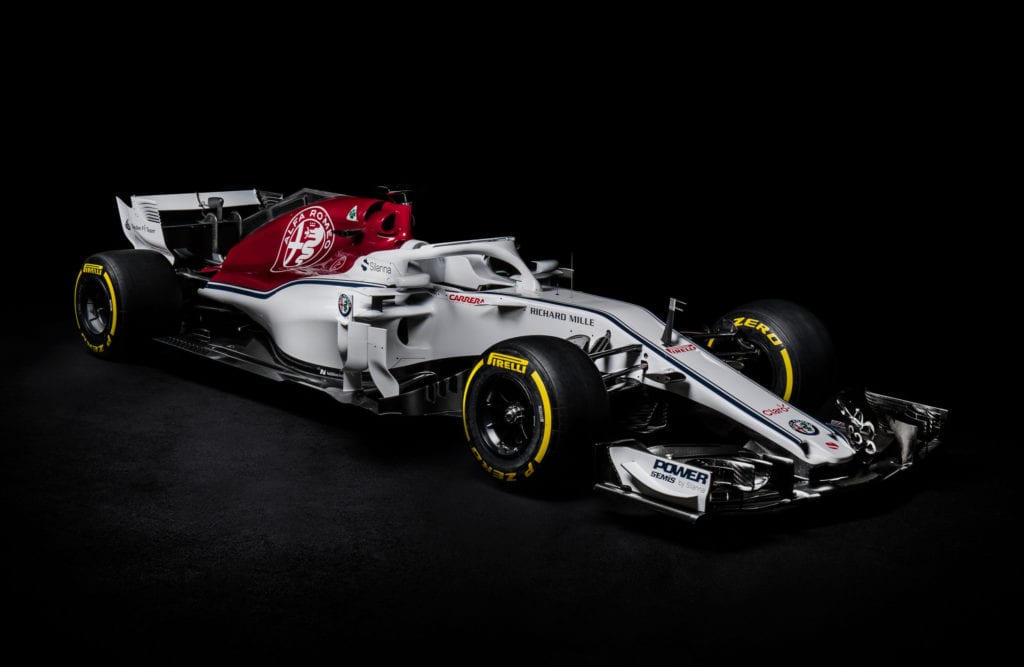