Check Out These F1 Halo Designs Based On Drivers’ Helmets – WTF1
Skip to content
×
Design , Formula 1

Check Out These F1 Halo Designs Based On Drivers’ Helmets

The controversial introduction of the F1 halo cockpit protection device has sparked a huge amount of debate, with the opinions of drivers and fans being split.

It’s hardly surprising, as the halo will drastically alter the look of F1 in a bid to improve cockpit safety. The device will officially debut on the cars in 2018.

Well, graphic designer Sean Bull has tried his hardest to improve the look of the halo, and it’s worked pretty well.

He’s put the colour schemes and designs of F1 driver helmets on the halo itself, which actually makes them look a bit better and divert some of the attention away from them.

The halo will look different to the version in the pictures, anyway, because FIA race director says the one trialled last year was “raw” and the final halo will include aero fairings.

This will apparently improve the visual appeal of the thing, and while sponsor logos could fill up some of the blank space, the device will still look weird if left unpainted.

Whether F1 will take notice and bring in something similar, who knows, but here’s hoping… 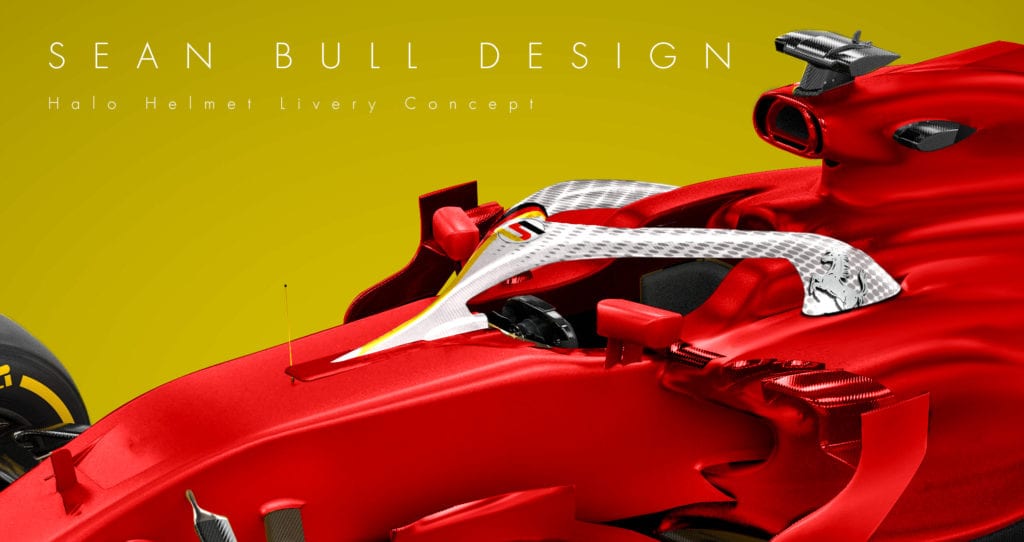