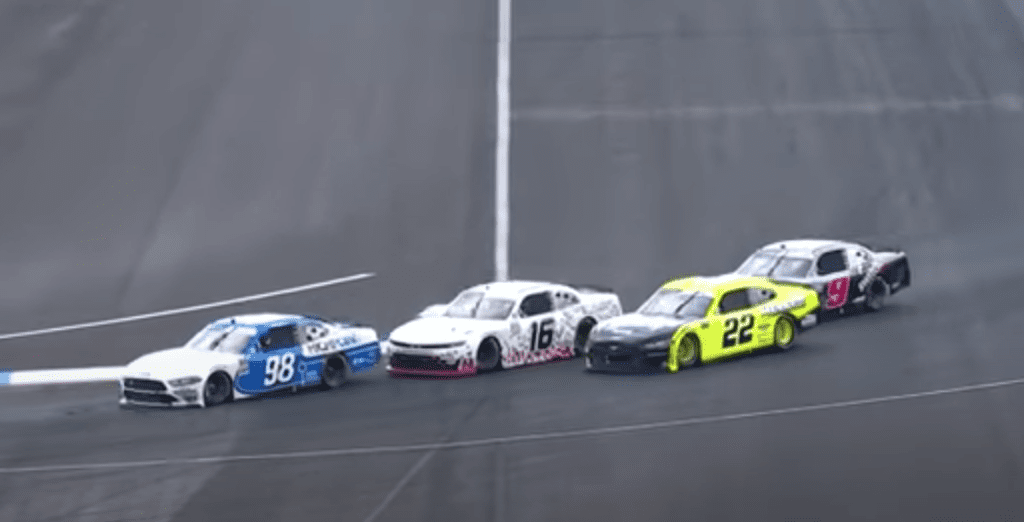 While F1 was busy getting its season underway in Austria, Indianapolis was hosting an historic event: for the first time in history, Nascar and IndyCar shared a venue for the weekend. IndyCar raced on the road course on the Saturday, while the Nascar Cup Series tackled the oval on Sunday (and a very eventful race that turned out to be).

However, in terms of racing, the highlight probably came in the Xfinity series – which is sorta like Nascar’s equivalent of Formula 2 – which also raced on the Indianapolis road course on Saturday.

In the closing laps, AJ Allmendinger (in the No.16 car) was fighting with Austin Cindric (in the No.22) for the lead. The problem is they were fighting so hard that the two-car battle for the win became a four-car fight, leading to an amazing bit of racing with just a few laps to go.

Crazy overtakes and plenty of firm but ‘friendly’ contact. You love to see it.

In fact, the whole race was exciting as the combination of random grid positions and a few caution periods meant the fastest drivers regularly had to fight their way through to the front. If you’ve got 15 minutes spare, go and make a cup of tea and check out the extended highlights – it’s well worth it!