Christian Horner And Toto Wolff Have Been Throwing Plenty Of Shade At One Another – WTF1
Skip to content
×
Formula 1 , News
1 comment

With all this talk of flexi-wings and suggestions of a protest between Mercedes and Red Bull in the works, both team principals have been dishing out plenty of sassy comments and playground insults in Baku.

Don’t get us wrong, we’re kinda enjoying seeing all these petty remarks, and we’re certain that Drive To Survive is having the time of their lives too.

It must only a matter of time before someone starts blowing raspberries or responding with the classic “I know you are, but what am I” line.

It all started on Friday when Red Bull boss Christian Horner told SkySportsF1 that if he was Toto, he’d be staying low and discreet amid the row over flexi-wings during the Azerbaijan Grand Prix weekend.

“If I was Toto with the front wing he’s got on his car, I’d keep my mouth shut,” Horner said.

“A lot of noise has been made about the rear wing. A lot of revisions had to be made. If you’re picking on one end of the car, you have to look at the other.”

Ooft. Clearly, Christian is missing having Cyril Abiteboul around to make these snarky comments about, but Toto Wolff is also not going to back down.

“Christian is a bit of a windbag who wants to be on camera,” the Mercedes boss responded when speaking to SkySportsF1 before Saturday’s qualifying.

“It’s easy to be punchy when you’re on the top of the times sheets, but you should be a little bit more modest.”

It’s all getting a little heated, but we’re ready with our popcorn to see how it all unfolds! 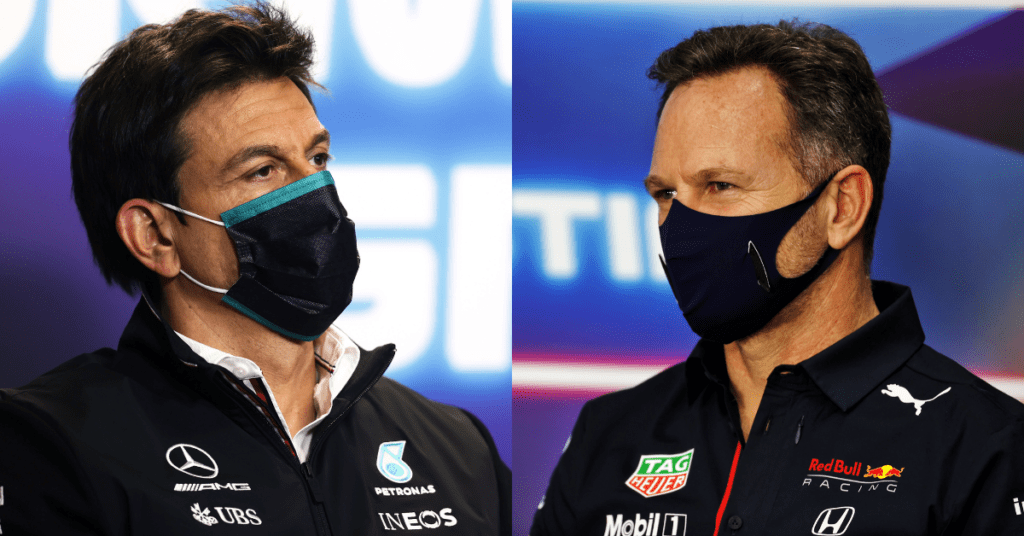