Christian Horner Thinks Formula 1 Should Be The Opposite Of Formula E – WTF1
Skip to content
×
Formula 1 , News

Major car manufacturers can’t seem to queue up fast enough to get a spot on the Formula E grid as in recent weeks both Porsche and Mercedes have confirmed that they’ll be entering the all-electric series in 2019.

With Formula E providing a place for manufacturers to develop electric power Christian Horner reckons that F1 should stop chasing future engine technologies and go back to a formula which puts emphasis back on the drivers and teams.

Horner wants a return to naturally-aspirated engines, purely for reasons of “pure racing” and drivers being able to make the difference, and surely not because Red Bull hasn’t had much success in the turbo-hybrid era, oh no. Speaking to Auto Motor und Sport, he said:

“Formula 1 is at a crossroads. The new engine comes in 2021 and will accompany us for the next eight to ten years. I hope for Formula 1 that we don’t get into a bad compromise; that wouldn’t help anyone. The manufacturers will say goodbye and go to Formula E. That is their playing field for future technologies.

Formula 1 should therefore be the opposite [of Formula E]. Pure racing, man and machine, a competition of the best drivers in the world with combustion engines. I personally would return to a high-revving, naturally aspirated, either V10 or even V12. I hope that the rules after 2021 will put the driver in the foreground. The team is supposed to make a difference, but not to the extent of today. In any case, there must be no more engine formula.”

Horner also said that F1 shouldn’t chase the big manufacturers and instead create an environment which attracts the smaller-volume sportscar makers as they would be more open to the idea of getting involved.

Ross Brawn has already said that F1 needs to reassess whether it should be relevant to the road car industry and Horner agrees, saying he needs to steer the sport down a different path to the one it is currently on.

“The new owners want to give the teams a value through a better product. At the moment, Formula 1 does not make sense for anybody from an economic point of view. Therefore, we must modify this model. I told the Liberty people that a great show will depend on the fact that we need wheel-to-wheel racing, the drivers becoming the heroes. Ross Brawn is facing a conflict. He now needs the courage to make the right decisions.”

In Horner’s eyes “the right decisions” are likely ones which he thinks will benefit Red Bull, but there can be no denying that there are a lot of fans out there that will agree with him.

Formula E becoming a lightning rod for car makers wanting a place to develop future road car technology should be a good thing for F1. It would allow it to become unburdened from its apparent need to appeal to the major manufacturers and instead focus on the more exciting and traditional aspects of motor racing, to the benefit of the fans. Whether Liberty and the FIA see it that way is another matter. 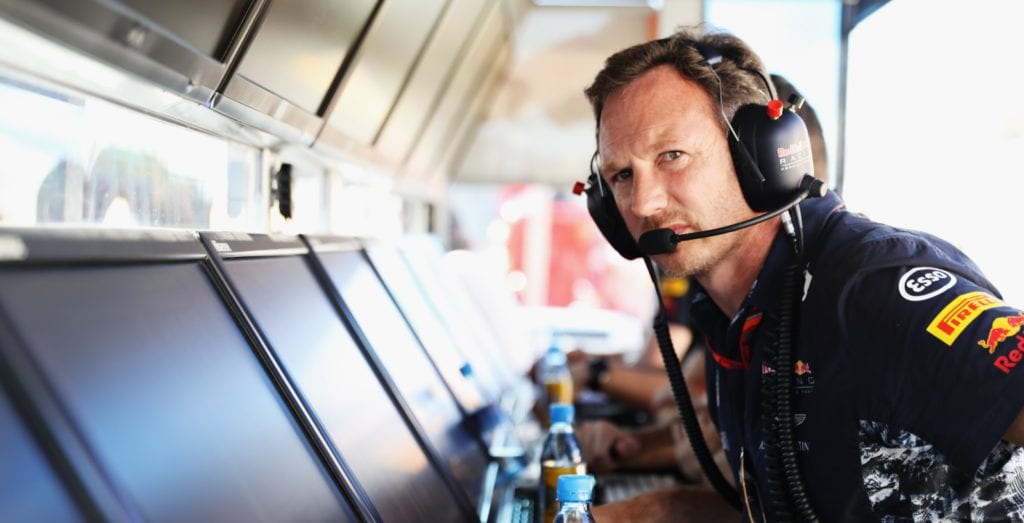