Lewis Hamilton recently said the four best drivers in F1 were himself, Fernando Alonso, Max Verstappen and Sebastian Vettel, and that he’d love to battle them all for the championship.

Now the obvious name missing from that is Daniel Ricciardo, the guy who’s twice been ‘best of the rest’ in the championship behind the two Mercedes drivers.

Being underestimated by a rival is something that could be seen as a strength, But Christian Horner has stuck up for his driver, warning Hamilton that dismissing him as a rival wouldn’t be the smartest thing to do:

“Lewis would be very foolish to underestimate Daniel. He’s a phenomenal driver, he’s arguably the best overtaker in the business. He’s driven some great races this year and some great races in his time at Red Bull. He’s absolutely ready for a championship challenge if we can provide him with the tools to do the job.”

Ricciardo came close to beating Kimi Raikkonen to fourth in the championship this year, only to be foiled by unreliability. If that gets fixed for the RB14, and if the car is quick from the outset (unlike this year) we could have a pretty good chance to see whether Danny Ric can finally mount a title challenge.

Do you reckon Ricciardo is up there as one of the best drivers? Post your thoughts in the comments! 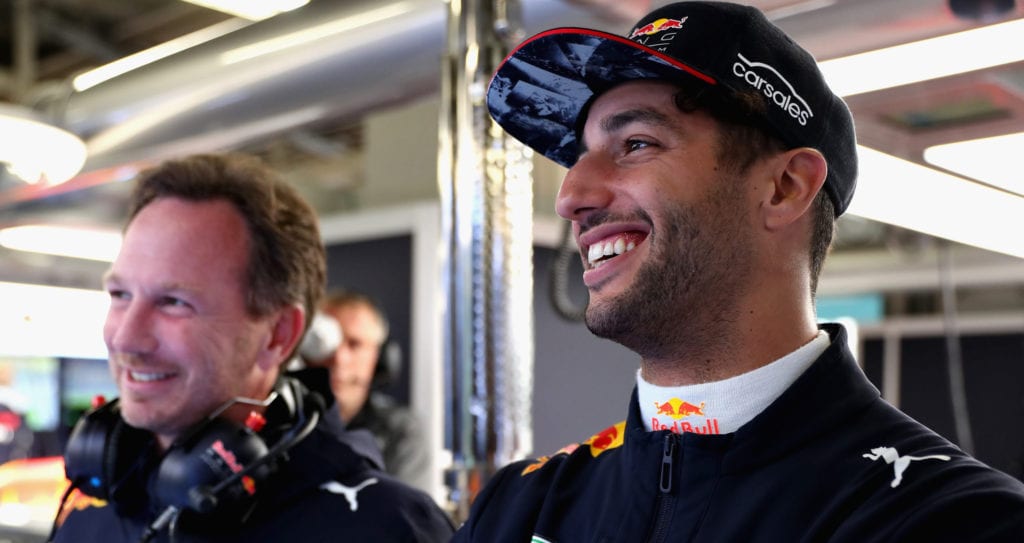