Red Bull had made the decision to take a load of engine penalties on Albon’s car for Spa, in order to take on extra power unit components and take some of the pressure off of the Thai driver’s shoulders at a track that allows for plentiful overtaking opportunities. Starting in 17th place, Albon managed to fight back to fifth thanks to a second-half charge on soft tyres – having started on mediums with the intention to run long in his first stint.

Horner told Formula 1.com that he had warned Albon that the Red Bull would feel drastically different as the fuel load came down, more notably than the Toro Rosso, and the prophecy came true. Albon spent the majority of the first half of the 44-lap race camped behind the Renault of Nico Hulkenberg, without the pace and tyre performance to get by. The soft tyres reaped more rewards, with a fifth place finish secured by two very adventurous and spectacular moves on Daniel Ricciardo and Sergio Perez.

Albon passed Ricciardo around the outside of the newly-monikered Ickx corner – or ‘No Name’ as it was known for many years – and had to take to the grass on the flat-out Kemmel Straight to get by the staunch defence of Perez on the final lap. He survived a stewards investigation post-race, with the pair calling it nothing more than hard racing.

“Alex has impressed me all weekend with his approach, his feedback, his pace. In the race he did a very mature job. The first half of the race we weren’t quite as competitive on the harder tyre as we were on the softer tyre but he didn’t make any silly mistakes or take any silly risks. He just dialled himself in. I said to him on the grid, ‘I think the car will come alive in the second half of the race’. It certainly did in the second half of the race. We know Daniel’s a tough racer – his move on Daniel, his move on Sergio on the last lap were impressive. To go from P17 to P5 was a very good start.”

Albon has eight more races to show that he deserves the vacant Red Bull seat alongside Max Verstappen – who crashed on lap one of Sunday’s race after a tangle with Kimi Raikkonen – for 2020. He’ll have to keep this level of performance up, as both Daniil Kvyat and Pierre Gasly scored good points for Toro Rosso at Spa. They too will have eyes on the senior team, especially the freshly-demoted Gasly.

But the 23-year-old wasn’t totally satisfied with his own display.

“It was good fun. I struggled at the start of the race to get past any cars, and felt a little bit stranded on the medium tyres. I was a bit in no-mans land. We pitted a little earlier than we would have liked and the car came alive and felt really good. Straight away it felt like, ‘Okay, we can do some moves then’. Of course, overtaking is easy when you have a fast car under your seat.”

Did Albon’s performance catch you by surprise, and how do you think he’ll compare to Verstappen in Singapore – hypothetically the duo’s first chance to fight on equal terms, as the Dutchman is expected to take his engine penalties this weekend at Monza. Red Bull is usually strong around the streets of Marina Bay, could a first podium be on the cards with Ferrari still lacking in the corners? 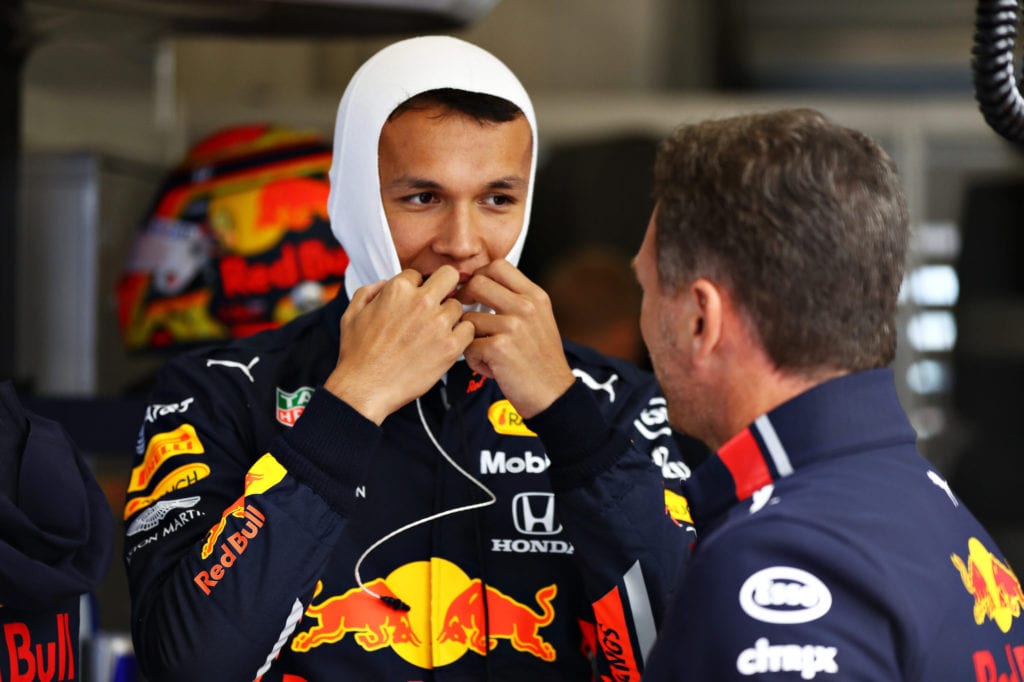