Claire Williams Explains The Reasoning For The Team’s New Livery

Williams’ new livery certainly raised some eyebrows as few people seemed to be expecting light blue to feature so prominently. Judging by the reaction on Twitter, not everyone seems to be a fan of the colour scheme – or, more specifically, the way in which it’s been applied.

Gradients… Seriously? 🙁 I really don't want to appear snarky, but I can't give more than 5/10. The teaser-posts had me hope for something really cool, dark and stylish. Maybe next year then. ^^

"Who splashed a liter of blue paint on our car?!" pic.twitter.com/X6KcwE8sYZ

they forgot to remove the flow viz paint

Ouch. However, there were also plenty of people praising the new livery, which we think puts the reaction to the design firmly into the category of ‘mixed’.

The colour scheme doesn’t exactly scream ‘Williams’ at the moment but speaking at the launch, that’s exactly what deputy team principal Claire Williams says the team was aiming for:

“We spent quite a lot of time on this livery. It was all done in-house, we have a very good creative team. I wanted a livery that told a story about where Williams is and the future we think it has. Williams’ traditional colours are navy blue and white. But I wanted to move away from that. I wanted to show the world we are a fresh, revitalised brand.”

Let’s hope that the new era of livery marks a new era of performance, too. Nobody likes seeing a team as storied as Williams trundling around at the back.

Plus, a faster Williams means we’ll probably get to see more of the car on the screen which, given the livery, we think would be a good thing. It’s distinctive, unique, and that light blue almost gives off a bit of a late-1990s Benetton vibe, which we absolutely dig. After five years of essentially the same Martini livery, it’s at least refreshing! 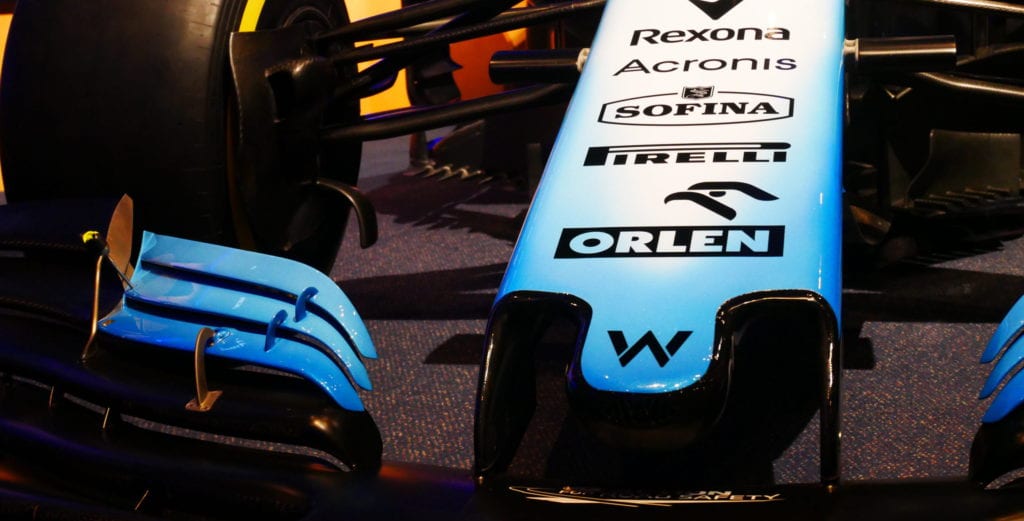