Codemasters Has Agreed A Deal To Continue Making The F1 Games

As much as you might have tried to forget F1 2009 for the PSP and Nintendo Wii, Codemasters has been in this virtual F1 business for a decade now and shows no sign of slowing down in a hurry. It still has to wait a little longer to surpass Sony’s run of 14 games between 1996 and 2007, but this record-breaking extension could potentially see the Birmingham-based company into its 19th successive instalment.

The games themselves are always popular, with 2018’s edition reportedly selling over 170,000 copies in its first week of release; not bad for a fairly specialist title. They’re critically acclaimed too, winning multiple awards over the years. The latest release, based on the ‘19 season, received high rating from various websites and critics, won PC Game of the Year at the Golden Joystick Awards (with its rather phallic logo) and was a double winner at the The Independent Game Developers’ Association (TIGA) Awards.

This year has seen a number of welcome additions to, like the availability of Formula 2 cars and driver swaps in Career Mode. Partner that with a growing Esports scene, standing at over five million viewers, 100 million impressions and 109,000 participants, and the franchise looks in safe hands for the foreseeable future.

Codemasters’ CEO Frank Sagnier echoed this sentiment, believing that the competitive scene is only helping the series to grow in popularity and quality. He said in a statement released on Thursday morning:

“We are delighted to be extending our long-term partnership with the pinnacle of motorsport. Both the sport and game franchise are going from strength to strength and the arrival of new platforms, business models and territories, combined with the rapid growth of the F1 Esports Series, give us a springboard to even greater success. I’d like to thank the team for the incredible hard work they have put into this franchise over the last ten years, and I look forward to seeing how they continue to innovate to surprise and delight our current players and bring new fans to the exciting world of Formula 1.”

F1’s director of digital and licensing, Frank Arthofer, added that Codemasters and the series share a common goal; to increase the global reach of the series. Since Liberty Media’s takeover in 2017, there have been exponential rises in social media numbers – whether it be on Twitter, Facebook, Instagram or the ever-impressive YouTube channel – after years of shunning the impact of the online world. After all, Bernie said “no one could define ‘internet’” to him in 2000. Be fair, the concept is still a start-up venture.

“Since 2008, Codemasters has been an invaluable partner to the franchise, consistently creating games of the highest quality and enabling fans to get even closer to the world of F1. Together we share a common vision for increasing the global appeal of F1 and the official video game of the FIA Formula 1 World Championship continues to be a key part of that strategy.”

With this news we can continue to be a key part of F1’s manic world and paddock, for the next six to eight years at least. And long may it continue; just remember the phrase “Shut up, Jeff” and you’ll be sorted.

And, in more spookier items, you can now celebrate Halloween with a range of pumpkin, ghost and and skeleton-based DLC add-ons. 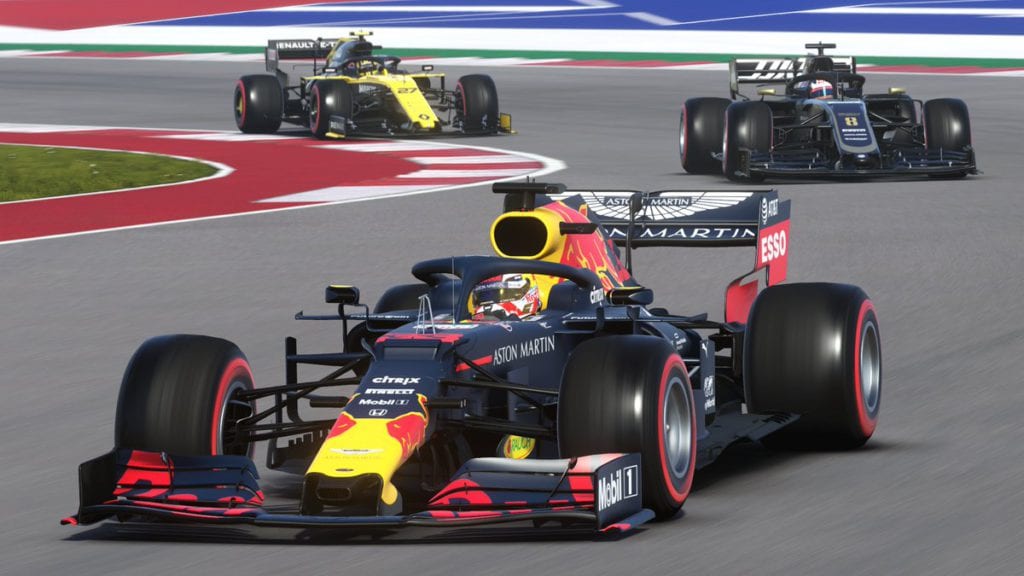