Lobbies on F1 2019 can be pretty terrifying at the best of times, so why not ramp it up a notch with this special livery?

To celebrate the spookiest day of the year, F1 2019 has gained a DLC pack which adds a few Halloween-themed bits and bobs to both your personal avatar and the game’s multiplayer car.

First up is the livery, which is filled with spiders’ webs, jack-o-lanterns, bats and other spook-tacular additions.

But the absolute coolest thing has to be the pumpkin helmet. It’s not just a regular helmet with a pumpkin theme, either – the design stretches across the visor, leaving just a couple of jack-o-lantern-style eyes.

Realistic? Errrm, no, not really, but that’s not exactly the point. The point is for it to be a fun bit of awesomeness to celebrate the 31st of October and on that count, it absolutely succeeds.

The livery, suit, helmet and gloves are available to buy now as separate pieces of DLC on PC, PS4 and Xbox One, or you can get the whole lot together in a bundle. 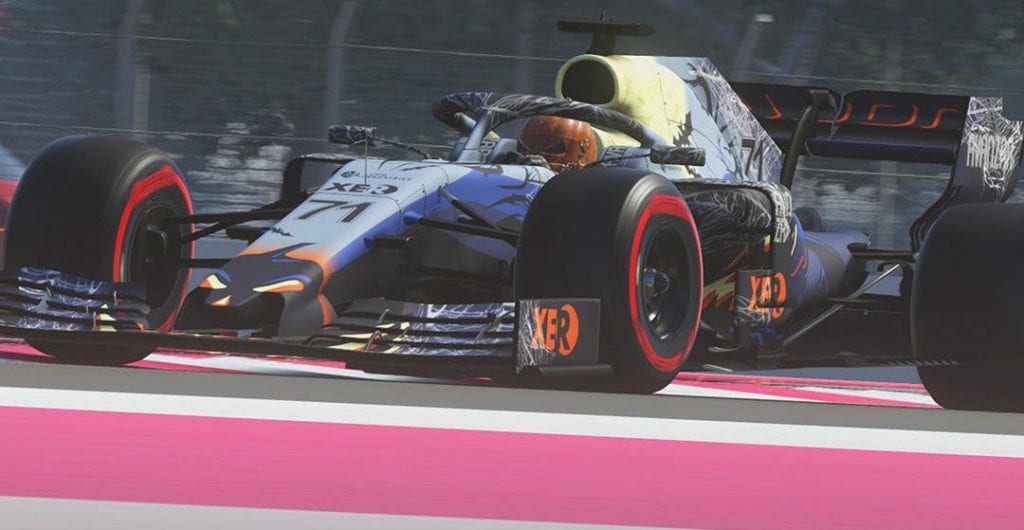