Concept images have been revealed of the new paddock complex at the Circuit Gilles Villeneuve in Montreal.

In 2015, the Canadian Grand Prix renewed its deal until 2029 and with that comes an upgrade in facilities that the Société du parc Jean‑Drapeau (SPJD) has committed to renovating.

The pit complex will feature:

At a cost of $48 million, $37 million of which will come from the City of Montreal, with $18 million from the Ministère des Affaires municipales et de l’Occupation du territoire (MAMOT).

The existing paddock complex was built in 1988, so it’s long overdue an upgrade. It’s expected to be completed for the 2019 Canadian Grand Prix. 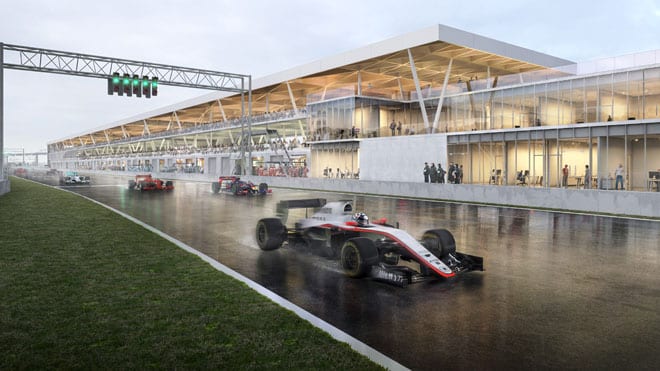