Could Mika Hakkinen’s Idea Of Reintroducing A Tyre War In F1 Actually Work?

Tyres, tyres, tyres. They’re those black, rubber round things that are the point of surface contact between machine and road. We talk about them too much apparently. How was the race decided? Tyre strategy. Why didn’t that driver do a lap in Q2? Tyre conservation. What are the commentators talking about as two cars battle it out tooth and nail around 130R? Tyre temperatures. What did Pierre Gasly have for lunch at the Italian GP? Pirelli bolognese.

There’s just not enough tyre talk out there, so let’s talk about tyres again, but not mention the word tyres again in this article so as to avoid inflicting tyre overdose on any prone readers.

Mika Hakkinen thinks F1 needs a new rubber boots war, and that teams should be able to select what rubber boots they wear in future seasons. He told Autosport:

“There is no competition – there should be other manufacturers out there, that way the competition comes up. When I speak to the drivers I have understood the tyres go on a certain peak and if you push even a little further they just overheat.

It’s not a criticism of what Pirelli’s doing, it’s just a fact that there should be competition. If you only have one driver driving out there it’s the same thing. We need competition. That’s exciting.”

If Pirelli is contracted as the sole supplier of black, ductile doughnuts until 2024, then how can another potential supplier come into the sport to establish a war on this front? In mid-September, it was confirmed that Korean manufacturer Hankook had applied to become a potential supplier of grip circles between 2020-2023. Why not have both?

There is of course the possibility that both suppliers could be used in the near future. This won’t necessarily increase the rate of rubber rim-glove talk, as much as validate the pre-existing, in-depth talk that surrounds this area.

F1 initially went to a single-supplier because of the Indianapolis controversy in 2005, and the fact that free rubber ring development can lead to team favouritism and ever-increasing corner speed. Could a rehash of the idea bring a much needed random variable back to the sport? Hakkinen thinks so, so maybe it’s time to consider the options on reintroducing a war between slick wheel jumper manufacturers. 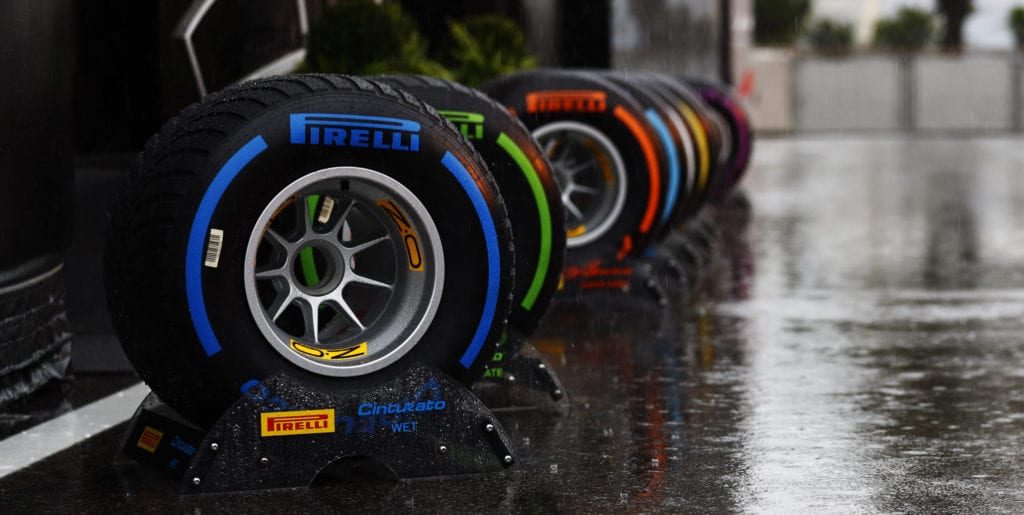