Could Volkswagen’s I.D. R Pikes Peak Car Be The Fastest Electric Car Around The Nordschleife? – WTF1
Skip to content
×
News

Could Volkswagen’s I.D. R Pikes Peak Car Be The Fastest Electric Car Around The Nordschleife?

In the space of a couple of weeks, Volkswagen obliterated the outright record at Pikes Peak and then comfortably beat the electric car record at the Goodwood Festival of Speed.

It’s a serious piece of kit, producing some 670bhp, weighing just over 1000kg and churning out masses of downforce. So you have to wonder: what could it do at the Nordschleife? The outright record would now be totally out of touch, but the electric vehicle record of 6:45.90 (set by a NIO EP9) seems achievable, right?

Well, in a word, no. Speaking to media including WTF1 at the Festival of Speed, driver Romain Dumas said that because the car was built specifically for Pikes Peak it’d struggle at other a circuit like the Nordschleife:

“I don’t know. It could be a project, but for sure this car how it is now is very good, but it’s made for Pikes Peak. With the downforce we have, for Nurburgring if we have the rear wing like it is now on the Dottinger Hohe we’ll be at stuck at 240kmh!

“It’s not the car for the Nurburgring, how it is now. We’d take a lot of corners flat, but this car concept was done only for Pikes Peak.”

Dumas also said the I.D. R feels very similar to the Porsche 919 LMP1 car, but that learning how to drive and compete in a fully-electric car took some getting used to.

“Oh, I think in terms of braking and acceleration it’s the same. in term of cornering the Pikes Peak car has even more downforce so you can put even more speed into a corner.

“In terms of power the Pikes Peak car has no gears so its easier, but it’s also more difficult because you have no feeling where you are in terms of cornering speed. To hear some gears or to hear some revs on the engine is what you are used to, it gives you some indication. Sometimes I was thinking ‘OK, this corner I gain this, this corner I lose that’ and when I was looking at the data later it was not exactly what I was thinking.”

Perhaps it’s not that surprising that such a specialist bit of kit wouldn’t be any good on a circuit it wasn’t designed for. After all, you wouldn’t expect an F1 car to win a rallycross event, or a MotoGP bike to win the Indy 500.

Then again, maybe a few modifications would be enough to give the I.D. R a fighting chance at the Nordschliefe. Just look at what Porsche has achieved with the 919 Evo… 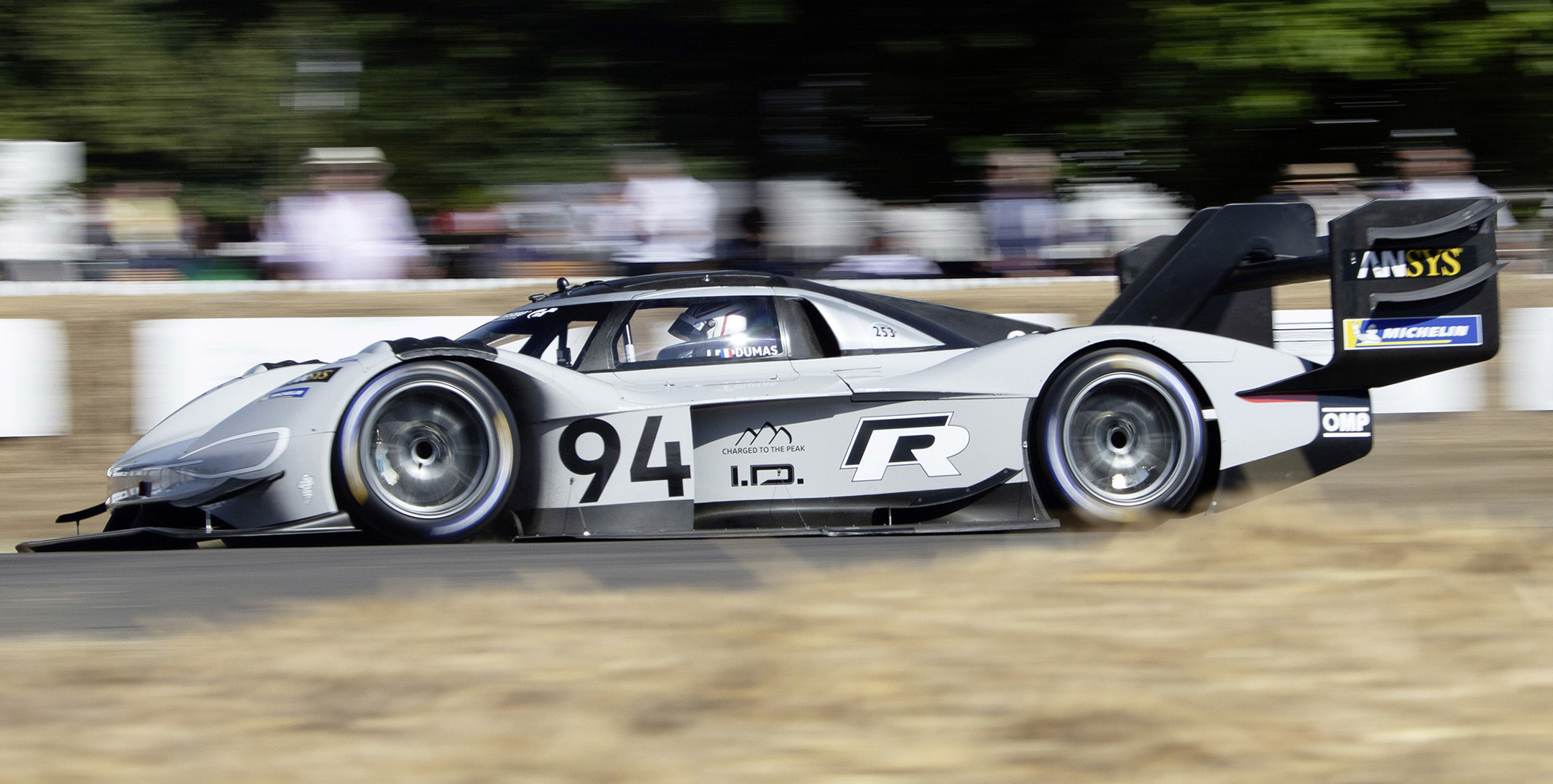