Crazy F1 Driver Moves That Could Have Happened (Part 1)

Sometimes in F1, the pairing of man and machine seem so destined to be that we couldn’t imagine a driver racing for any other team. However, there are plenty of stories of driver and team partnerships we never got to see. Here are some of the best potential driver moves that never happened.

Come back for part two tomorrow.

Lewis’ move to Mercedes from McLaren in 2013 was a leap at the time, but it has obviously has paid off pretty nicely*.

*Understatement of the century.

Six titles and the all-time win record = dream move. But Mercedes wasn’t the only team that Lewis spoke to when he wanted to leave McLaren. The champions of the time, Red Bull, were the team he set his sights on, and Lewis chatted to team boss Christian Horner about partnering with Sebastian Vettel and taking Mark Webber’s seat.

The talks were apparently pretty advanced too, with lengthy discussions taking place at the British GP weekend in 2012. Yet the Red Bull founder Dietrich Mateschitz essentially stopped it by rewarding Mark Webber’s loyalty and giving him the choice to stay at the team if he wanted. Webber did stay, and Mercedes welcomed Lewis into the team.

Horner has said that Lewis was “desperate” to go to Red Bull but was pleased to see him go to Mercedes at the time. He thought it would help Red Bull if Lewis was in a slower car like the Mercedes…

We bet he doesn’t like how that’s played out.

Danny Ric and Ferrari have been flirting with each other for years now.
Talks have been going on in the background since he was at Red Bull, and he didn’t hide how hard he tried to get the seat that went to Leclerc for 2019.

All through his time at Renault, too, he talked to Ferrari before signing on with McLaren when Ferrari chose Carlos Sainz instead. He always seems to just miss out on that seat.

Who knows if we’ll ever see Ricciardo in a Ferrari. It looks unlikely now they’ve got Leclerc and Sainz, but the match feels right with Ricciardo’s Italian heritage.

Mark Webber retired from F1 at the end of 2013. His departure opened up a spot at the best team on the grid at the time, Red Bull. The obvious front runner for the seat might have seemed like Ricciardo. However, it was actually was Kimi.

Kimi was a proven champion. He’d won races for Lotus and had just broken the record for consecutive points finishes. He was assumed to be much more capable up against Sebastian ‘Baby Schumi’ Vettel. Ricciardo was just a Toro Rosso driver who was doing a good job – that was it.

Red Bull probably saw the Seb and Kimi partnership as too much of a risk, so they promoted Ricciardo, who soundly beat Seb, much to everyone’s surprise. Seb quickly left to partner Kimi at Ferrari anyway, and he had the measure of him. That probably would have been the same at Red Bull, so we didn’t really miss out on much as fans with this one.

In only his third season in F1, Bottas was soaring with Williams. He’d led them to third in the Constructors’ twice in 2014 and ’15, and that’s why Ferrari came knocking. They attempted to get him into the team to partner Sebastian Vettel for 2016.

Ferrari was willing to buy out Bottas from his Williams contract to have him, but Williams blocked that move, and he stayed there for 2016. Bottas allegedly said that he didn’t want to be blocked by Williams again, and luckily for him, only a year later, he was allowed to go to Mercedes to replace Nico Rosberg.

Bottas could’ve stacked up well against Vettel as a teammate, but the chances are it would be similar to his Mercedes role. What’s wingman in Italian?

JENSON BUTTON AND WHAT FEELS LIKE HALF THE GRID (2009)

Jenson Button was only the second driver ever to do more than 300 races, so it’s no surprise that he had many potential moves that never went anywhere.

At the start of 2009, it looked like he wouldn’t have a drive after Honda suddenly pulled out of the sport, so Jenson put the feelers out for another drive. The only team there was a chance at was Toro Rosso, but with no prospect of a good result due to priority always being with the main Red Bull team, Button chose to stay with Honda as it looked for buyers.

That was quite lucky as they became Brawn GP and won the title the following year. After winning the championship, Jenson took on Hamilton at McLaren and performed well, winning in his second race and staying in contention for the 2010 title for some time. He was the only driver to challenge Vettel in 2011, and these performances opened up some chats with Ferrari. They wanted Button for 2013, and the negotiations got as far as drawing up contracts before he eventually chose to stay at McLaren.

That would have been an enormous move if it had played out. Jenson could have won more races and stayed at the front of the grid rather than falling back with McLaren, but hindsight is a lovely thing.

He left McLaren in 2016, but there were discussions at the time about a return to his debut team Williams to replace Felipe Massa. It would have been a brilliant full-circle move for his career, but by that point, Jenson was spent with F1. He just wanted to live his life a bit, so he left it, but Williams would definitely have had him. Especially given that Mercedes signed Bottas because of Nico Rosberg’s shock retirement. 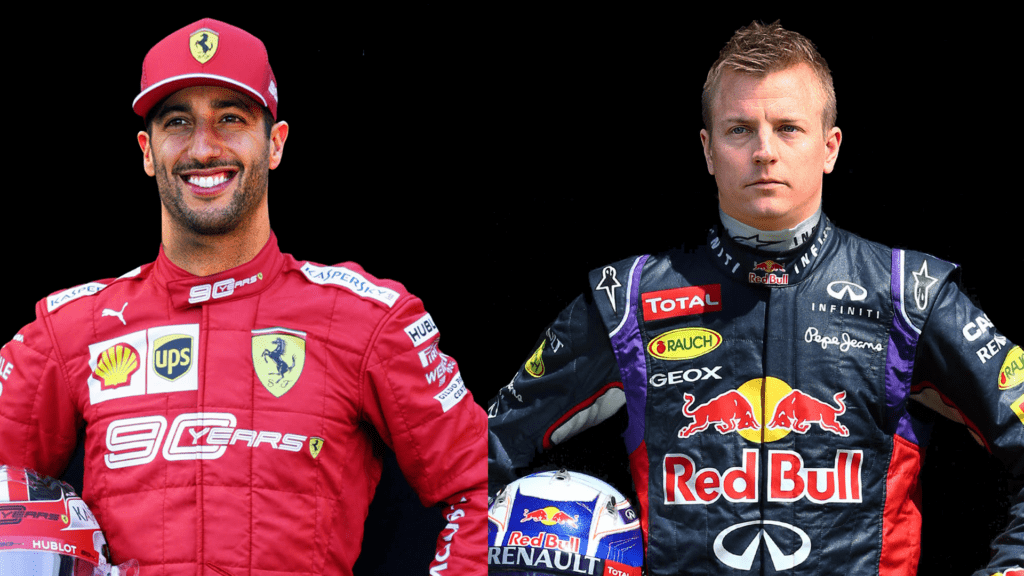