Crazy F1 Driver Moves That Could Have Happened (Part 2)

Sometimes in F1, the pairing of man and machine seem so destined to be that we couldn’t imagine a driver racing for any other team. However, there are plenty of stories of driver and team partnerships we never got to see. Here are some of the best potential driver moves that never happened.

Here’s part two of that list. Be sure to check out part one here!

Sebastien Loeb is the best rally driver of ALL time for those of you who don’t know. He has nine titles and is now racing for Lewis Hamilton’s team in Extreme E.

In 2009, Loeb was set to race for Toro Rosso at the first-ever Abu Dhabi Grand Prix after winning his sixth rally championship. Earlier in the season, he had tested for Red Bull and had gone well. With Red Bull never shy of a crazy marketing move, they decided to give him a go for the race with potential for a full-time switch from rallying for the 2010 season!

How mad would that have been? The reigning rally champion racing in F1. It would have been the best cameo appearance in F1 history…if it had worked out. The dream was shot down when Loeb wasn’t given a Super Licence and had to sit out.

He went back to rallying and won the following three titles, but F1 never called again.

When Lewis was sniffing about the market to leave McLaren in 2012, Mercedes were after a replacement for Michael Schumacher. The Silver Arrows obviously wanted Lewis, but he would need some tempting, so they had to look at other options.

The second choice for Mercedes was Nico Hulkenberg. Hulk’s stock was very high then. In his first season, he’d taken a pole position and was definitely a future star.

This one’s sad. Robert Kubica had been brilliant in 2010 at Renault and fought for race wins in a car that should have been way off the front. Some of his qualifying laps just seemed to bend physics!

People paid attention, and Ferrari quickly got him on board. Before the start of the 2011 season, he had signed to drive for them in 2012. All seemed to be going to plan for the Polish driver.

That was until the winter break between seasons when Kubica suffered a massive crash during a rally in Italy. The Armco barrier came through the car and hit him. He lost part of his arm and fractured most of his right arm and leg.

Kubica was unable to recover to F1 fitness for the 2012 season and missed out on the Ferrari drive. He eventually returned to F1 with Williams for the 2019 season, and the fact that he was able to drive a modern F1 car on the pace essentially one-handed was astounding!

The 1996 champion Damon Hill was dumped from Williams as soon as he had won the title and spent the 1997 season driving for the backmarker Arrows team. He put that car in places it should never have been, very famously nearly winning in Hungary that year, but Damon wanted to be winning. Hill spent the year trying to sell himself to front running teams, such as McLaren.

McLaren made Damon an offer for the ’98 season, offering him a sweet million per race win. Sounds like a great deal? Until you realise that was all they were to pay him. It was win or bust. No retainer fee. Just a free drive with a bonus if he won.

He was so offended by the offer he slammed the phone down rather than negotiating and couldn’t claw back any more meetings. Damon went to Jordan in 1998, where he was paid and won a brilliant race at Spa, but McLaren won the championship with Mika Hakkinen, and both drivers won races.

We bet you were waiting for Fernando Alonso to show up on this list!

He really is the King of bad career choices. Sorry Fernando, but it’s true. This is another decision that made sense at the time but meant he almost definitely missed out on another title.

In 2008, Honda – who became Brawn in 2009 – made Alonso an offer for an F1 drive. Alonso turned it down, which makes sense. The Honda cars that year were just dire, and he’d won a race without cheating at Renault.

But, if he’d said yes, then it would’ve been the luckiest driver move EVER. He would have gone straight into the championship-winning car and probably would’ve beaten Button to the title. Furthermore, if he’d stayed longer, that team became Mercedes and has now won seven titles in a row. Oh Fernando, so close once again.

Which potential move do you think we missed out on? Let us know in the comments below. 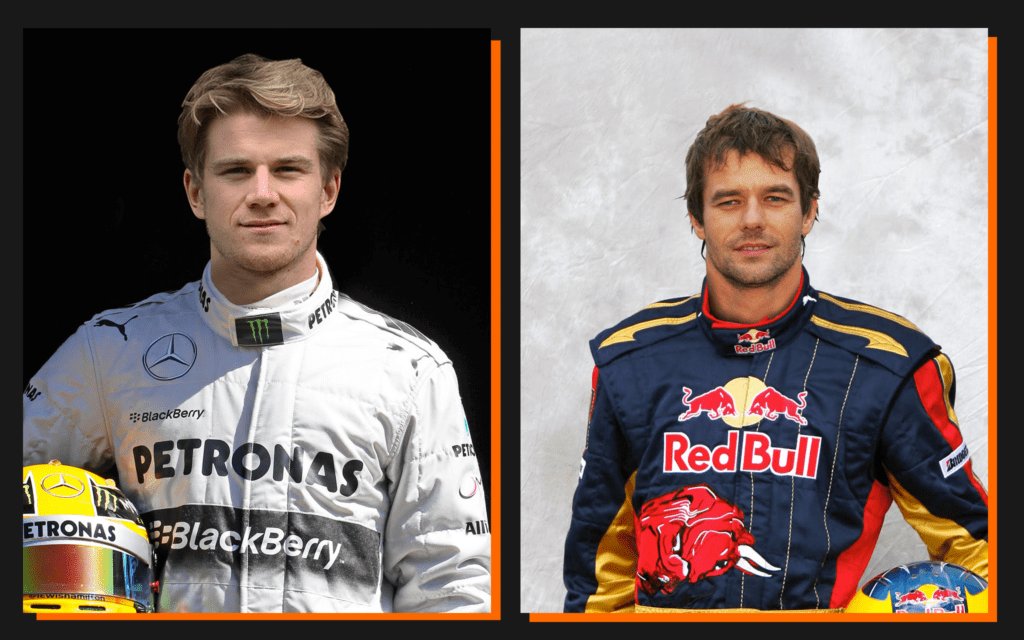