Heading into Formula E’s sextet of races in Berlin to wind up the season, the championship fight looked very open. Da Costa had a decent lead, sure, but with five different winners from the first five races, there were still probably half a dozen drivers or more who were still genuine title contenders.

However, the first pair of Berlin races last week almost made it a foregone conclusion. On Wednesday, he became the first Formula E driver to claim the maximum 30 points from a weekend as he not only crushed the field, but pretty much all of his closest title rivals had poor races. Following that up with another win on Thursday, he theoretically had a long shot of wrapping up the title on Saturday – that didn’t happen as he battle from ninth to fourth, but once he qualified on the front row today, it barely looked in doubt.

After playing the team game in the lead with teammate (and reigning champion) Jean-Eric Vergne, da Costa crossed the line in second behind Vergne to claim his maiden Formula E championship – and with two races to spare – as DS Techeetah also claimed the Teams’ Championship.

It’s the culmination of what has been a bit of a tricky career for the 28-year-old da, who before today hadn’t won a title of any kind since he took the Formula Renault 2.0 NEC crown way back in 2009.

A Red Bull junior driver in the early 2010s, at one point he looked a surefire bet to make it to F1. A run to third in the 2012 GP3 series was paired with a storming debut campaign in Formula Renault 3.5, where he won five of the last six races and finished fourth overall – despite missing the first five races of the season.

However, that momentum stalled slightly in 2013 as reliability issues cost him a proper title at the championship, and he finished third behind Kevin Magnussen and Stoffel Vandoorne. Still, his reputation was high enough and, with a seat opening up at Toro Rosso thanks to Daniel Ricciardo moving up to Red Bull in F1, he was still the favourite to make that final step.

However, there was a problem, and his name was Daniil Kvyat. In 2013, fellow Red Bull junior Kvyat almost came out of nowhere to win the GP3 title – and Red Bull decided that for 2014, he would be the man to partner Vergne at Toro Rosso in 2014, not da Costa.

A few years in DTM and sportscar racing followed, while at the same time he established himself in Formula E. For the first few seasons he found himself in uncompetitive machinery, until BMW became a full factory squad last season and at last allowed him to fight at the front. He switched to the championship-winning Techeetah team for this season and after a lowly first couple of races, he started to show just what a talent he is – since then, he’s only finished off the podium once. If that success continues over the last two races (which take place on Wednesday and Thursday next week), there’s every chance he could finish with more than double the points of whoever ends up second.

Given the ups and downs of his career, it’s no surprise to see just how emotional he was after winning the championship.

Congratulations, Antonio – you deserve it! 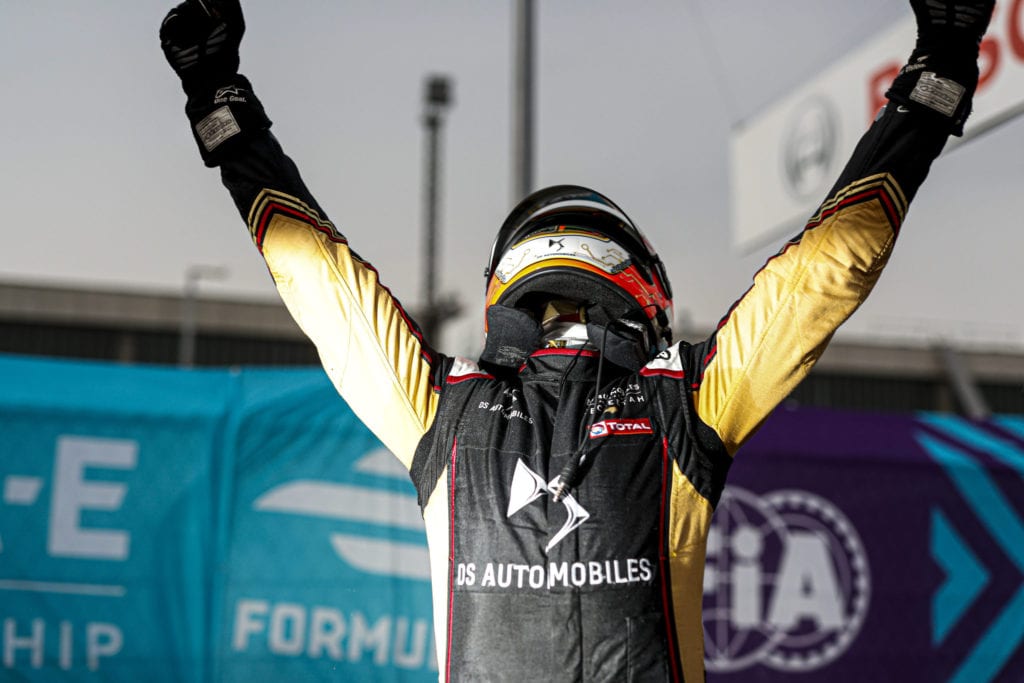