Yes, the Arrows A18 that Hill drove at the Hungarian GP in 1997 is on the market with a proper F1 engine too.

The beautiful white and blue-liveried F1 machine isn’t all that expensive either, when compared to other classics up for sale.

In fact, the price listed on Racecarsdirect is just €250,000 – quite a steal considering the car’s history.

The A18 was uncompetitive at the start of the season but the small Arrows team kept working away, with improvements being made.

Hill, who had made a surprise move to Arrows after being dropped by Williams after claiming the 1996 F1 championship, then shocked many at the Hungaroring mid-way through the season.

He qualified third for the Hungarian GP and hit the front during the race, leading for most of it and looking set for a stunning victory..

Sadly, as many will know, a throttle linkage component failure on the last lap let his former team-mate Jacques Villeneuve past him.

He still finished a staggering second in the race, a huge feat. That exact car is now up for sale, including the latest D-spec V10 Yamaha (Judd) engine. 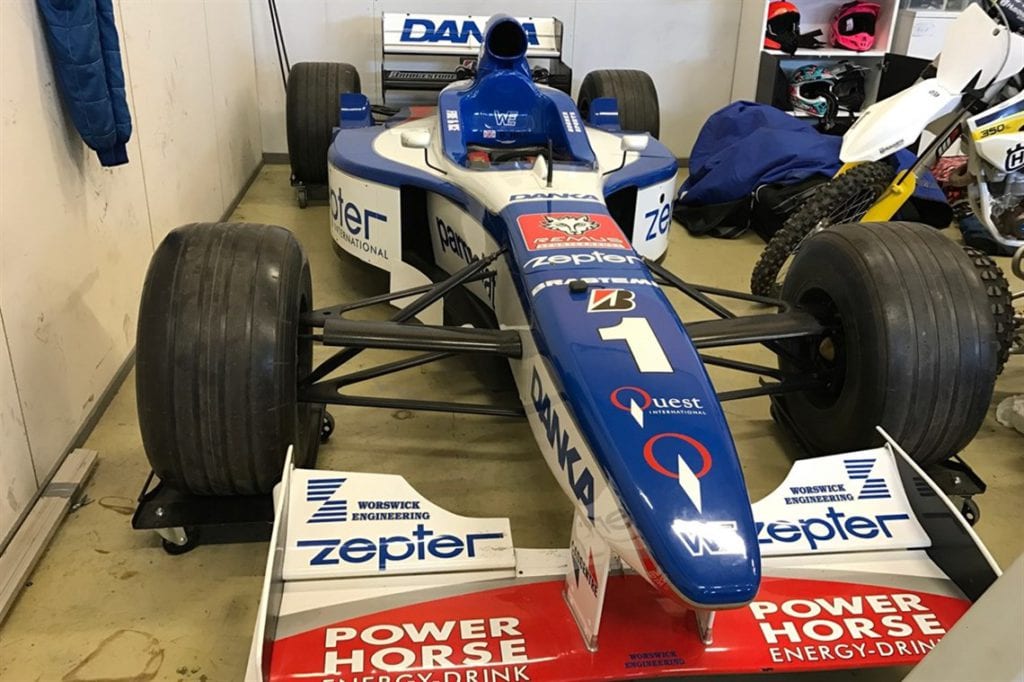