Dan The Wanted Man: Where Next For Ricciardo? – WTF1
Skip to content
×
Formula 1

Dan The Wanted Man: Where Next For Ricciardo?

He’s a man who delivers the unexpected – be it on or off the circuit. It would be hard to imagine that he’ll continue in that vein when making the choice of where he wishes to drive for 2019 and stay at his current, Milton Keynes home.

Perhaps a 20-mile hop west to Brackley, the home of the reigning champions? Maybe Surrey catches his interests and draws him to Woking? Or will it be a venture past the fashion, food and recovering football of Milan to Maranello, Emilia-Romagna?

When referring to one of Modena’s neighbouring cities, Parma, the poet Attilio Bertolucci once wrote: “As a capital city it had to have a river. As a little capital it received a stream, which is often dry”.

And to an extent, that can be used to sum up Daniel Ricciardo’s Formula 1 career so far. A jaw-droppingly ballsy driver who rarely takes no for an answer – as seen in Sunday’s Chinese Grand Prix – when taking on his more decorated rivals. A larger than life character who quips, giggles and smiles (almost) perpetually. But he’s also a soon to be 29-year-old with six victories and no glimpse of a World Championship crown. Yet.

Ricciardo deserves to be the “capital city” of Formula 1, yet he remains the little city with a stream that often dries. Between the 2014 Belgian and 2016 Malaysian Grands Prix, Ricciardo went two years and one month without a victory in his choking Bull.

As Red Bull’s competitive edge waned with the exit of naturally-aspirated engines, the Australian has found that he has to rely on rare days of good fortune and lean on his tag as the greatest overtaker in the sport’s current generation.

However, his options are not exactly numbered in Formula 1 terms. He has a probable four teams (at least!) fighting for his signature over the course of this year.

There may be two empty seats at the four-time champions come the end of 2018. Valtteri Bottas has been seen as an under-performing driver since his second grand prix victory in Austria last year and hasn’t enjoyed the smoothest of starts to his 2018 campaign either, whilst Lewis Hamilton is doing his usual thing of teasing what he’s going to do in future.

A crash in qualifying in Australia set up an uphill struggle the following day. His hesitancy on fresher tyres against Sebastian Vettel on the last lap in Bahrain a fortnight ago prompted Ricciardo to say that he would’ve made a bolder attempt to pass. With the seemingly downbeat and frustrated Lewis Hamilton still searching for his usual form, Mercedes would welcome a double threat to stave off the attentions of Ferrari.

Unlike Red Bull, the German marque can promise him a competitive engine and chassis for the following two seasons – at least – before the new regulations take shape in 2021.

Another team that can now offer Ricciardo a complete package is Ferrari, and if recent news is to be believed, that is his favoured destination. It comes as little surprise – the ‘Honey Badger’ is of Italian descent. Bob Tyrrell, son of the late Ken, said when speaking about the French-Sicilian Jean Alesi’s decision to snub Williams in favour of the Scuderia’s interest for 1991: “When a driver of Italian descent, of Italian origins, has a chance to drive those red cars it’s quite difficult – from an emotive point – to persuade him not to do that!”

The Italians have started 2018 in stellar form, with back-to-back wins in Australia and Bahrain and a strong potential for victory in China, until Ricciardo and Max Verstappen came knocking…

Although competitiveness and a sustained challenge to the front runners can be provided, will Ricciardo be allowed to use the car to its full strength? Since Vettel’s arrival at Maranello in 2015, Kimi Raikkonen has assumed the ‘Rubens Barrichello’ role of rear-gunner to a successful German in a scarlet car. Despite enduring a rocky year together at Red Bull in 2014, Vettel has said that he has no problem with Ricciardo joining the team.

The Italian media’s calls for Ricciardo at Ferrari are gathering pace; they’ve had notable power in the past. Autosprint called Ricciardo a driver “at the height of his competitive splendour” and see the two as grown men who can forget their past spats and form the strongest possible driver pairing in the world.

It is known that Ricciardo shares a healthy relationship with McLaren’s under-fire CEO Zak Brown, but to call a move to the (potentially) rejuvenated team a ‘wild card’ is an understatement.

He knows all about the pitfalls of customer Renault power units; his Chinese weekend was almost incinerated as quick as his turbo on Saturday morning, and the lack of power is still an issue for Red Bull.

With Ricciardo running out of time in his Formula 1 career to collect a first world championship, he cannot afford to take the risks that Fernando Alonso took when leaving Ferrari to pave the way for Vettel. McLaren still look far short of a title sponsor – never mind a race win or a serious championship challenge.

If Ricciardo wishes to continue his partnership with the anchored-down Verstappen, his deadline falls in the summer. Christian Horner is rightly pushing and insisting on keeping his services, but he faces fighting a losing battle.

“Our intention is very much to keep him with us for the future,” he said, speaking to ESPN in March. “During the course of the summer, I’m sure we’ll sit down and discuss things; the plan is to keep the driver line-up the same as it is.”

Time is ticking, in more ways than one. 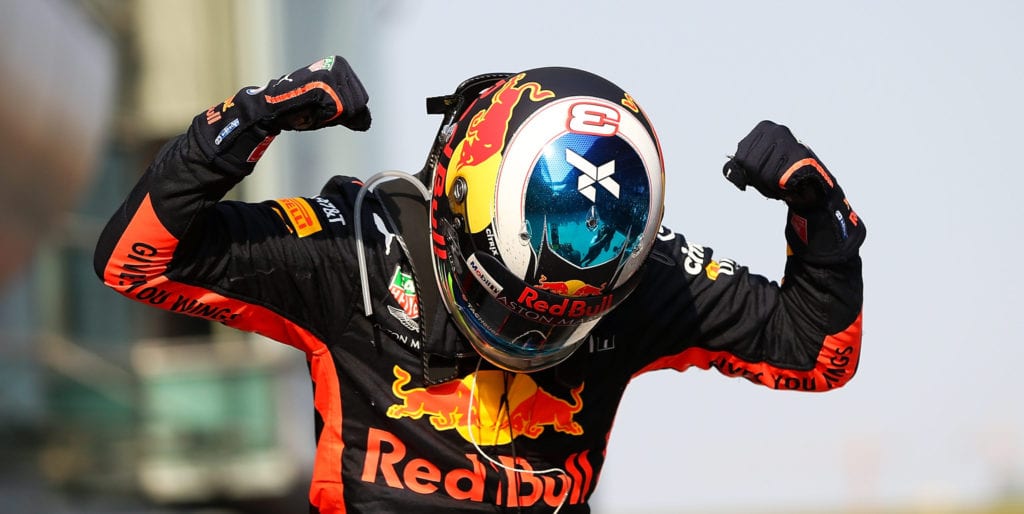