Dan Ticktum Has Been Dropped From Red Bull’s Junior Programme

This time last year, Red Bull was desperate to get Ticktum in an F1 car with the aim presumably being to ensure he was ready to be in the Toro Rosso for 2019.

However, the 20-year-old Brit hit a few setbacks. First, he was denied a super licence to take part in testing. Then, he lost out on the F3 championship to Mick Schumacher which, despite completely dominating the Macau Grand Prix, meant that he fell short of the requirement for a full racing super licence. To remedy this, he entered the Asian F3 championship, which later turned out to be ineligible for super licence points (not that he was doing well enough to have earned them anyway) and has ended up racing over in Super Formula.

However, three races into the season and he’s scored just one point, been off the pace of teammate Tomoki Nojiri, and slower even than fellow Red Bull junior Lucas Auer, who’s been out of single-seaters for overfour years.

Despite having tested Red Bull’s F1 car this year, with other drivers in the team’s junior programme in the ascendancy, it seems that Ticktum has now missed his chance. According to Speedweek, Red Bull’s driver advisor Dr Helmut Marko confirmed that Ticktum “is now no longer a member of our program.” It follows a terrible weekend in Super Formula at Sugo last weekend, where Ticktum claimed that there was something broken on the car from a crash in the previous round. He said:

“It does seem that something is significantly wrong. These cars are very sensitive, you can see that most of the teams are inconsistent but that doesn’t explain why I am a second off my teammate. Not wanting to be arrogant but on an off day I might be a tenth or so off but this is more than that.”

So, who’s going to be taking Ticktum’s place at the top of the Red Bull ladder? Juri Vips was impressive in European F3 last year and has been performing well in FIA F3 in 2019. Fellow F3 racers Liam Lawson and Yuki Tsunoda have also being doing well in F3, with Tsunoda in particular raising eyebrows with some classy drives for Jenzer in FIA F3 – a team far from being one of the top outfits. Plus, he’s backed by Honda, which could prove useful for his future career…

Outside of the many Red Bull guys in F3, there’s the aforementioned Auer (nephew of Gerhard Berger), and recent signing Pato O’Ward. The 20-year-old IndyCar driver is making his debut in F2 this weekend as a one-off replacement for the banned Mahaveer Raghunathan and has been tipped to replace Ticktum over in Super Formula. There’s a question mark over how many super licence points he actually has, but Red Bull is showing a very keen interest in the highly-rated Mexican.

However, perhaps the best news could be for the Red Bull drivers already in F1. With nobody really standing out for an F1 promotion, Daniil Kvyat and Alex Albon – both of whom have been performing superbly – look like a safe bet to remain in F1 next year. Whether it’s with Toro Rosso is another matter as, unless Pierre Gasly can start putting in some better performances, there’s a real chance the Frenchman could find himself back at Toro Rosso sooner rather than later. 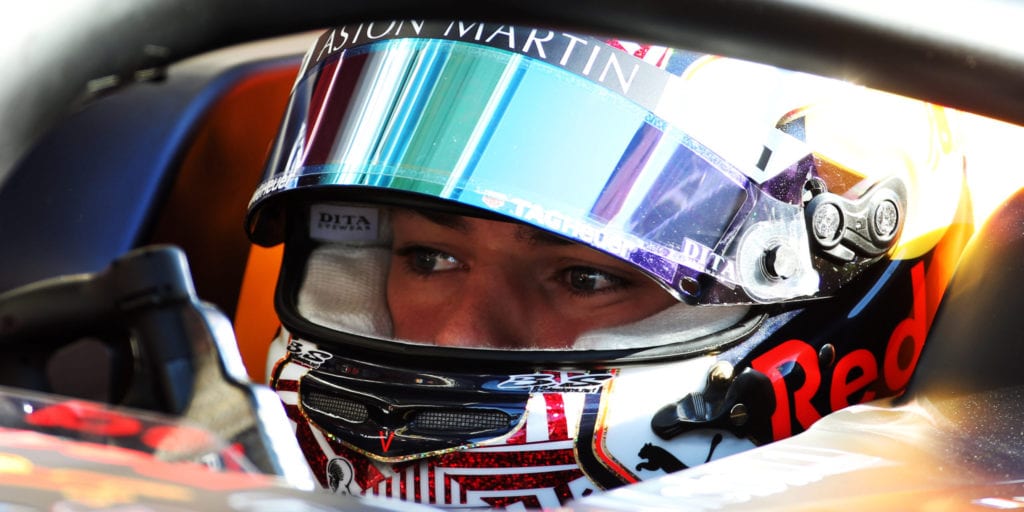