Dan Ticktum Is Finally Getting His Chance To Test For Red Bull – WTF1
Skip to content
×
Formula 1 , News

2018 European Formula 3 runner-up and two-time Macau Grand Prix winner Ticktum missed out on a potential race seat with Toro Rosso for 2019, having failed to accumulate the requisite amount of superlicence points. So, the Brit has turned to Japan – like many drivers on the cusp of F1, including current Red Bull man Pierre Gasly – and its highly competitive and respected Super Formula championship with Mugen Motorsport.

Ticktum, infamous for his antics and resulting ban under the safety car at Silverstone in a 2015 British Formula 4 race at Silverstone, will drive the RB15 on the second day of the two-day test, while Verstappen will start the running on Tuesday.

Ticktum stated that it was his aim to take part in a test with the full Red Bull squad in 2019, having also failed to gain a testing licence for any of the 2018 in-season tests.

It means that his only previous experience of an F1 car comes in the form of the 2017 Autosport BRDC Award, in a McLaren MP4-28 from 2013, and a handful of demonstration runs for Red Bull.

In 2018, Red Bull simulator driver Jake Dennis was the recipient of a shock call-up to the senior side to join Verstappen for the in-season tests in Barcelona and Hungary. 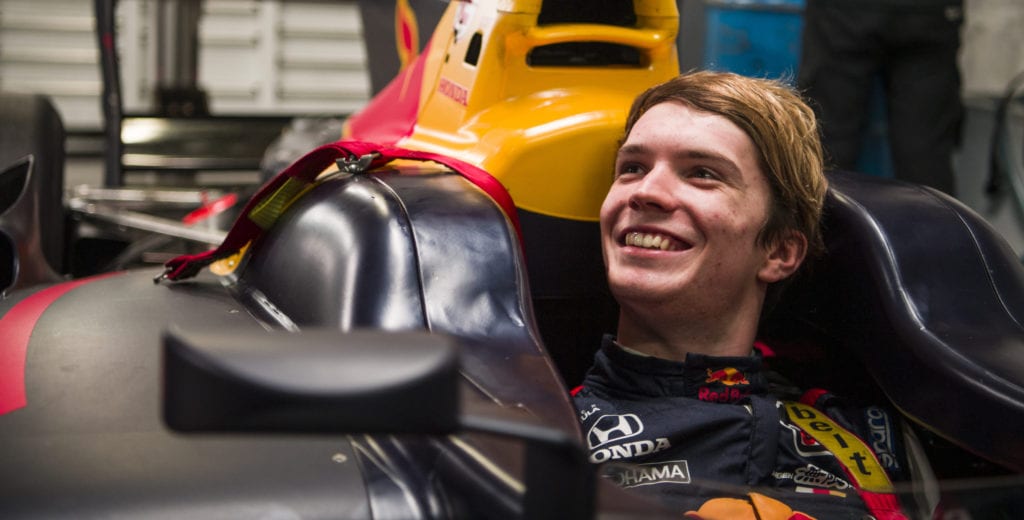