Dani Pedrosa Is Retiring From MotoGP At The End Of This Season – WTF1
Skip to content
×
MotoGP , News

The 32-year-old is widely regarded as one of the best riders never to have won a title in the top class. After winning three championships on the bounce from 2003 to 2005 – one in the 125cc class, two in 250 – he made the switch to MotoGP with Honda in 2006, where he’s ridden for his entire grand prix career.

He was on the pace immediately, taking victory in just his fourth race, but for one reason or another – usually an ill-timed injury – he never managed to secure a championship. He’s been runner-up in the championship three times, third three times, and has won a race in every MotoGP season he’s competed in – apart from 2018 (so far).

In recent years the combination of his multitude of injuries and small frame making it tough to generate temperature in the Michelin tyres has made him somewhat less competitive, but on his day he’s still a force to be reckoned with. Despite that, he’s taken the decision to retire ahead of this weekend’s race at the Sachsenring (a track he’s always been good at), saying:

“This is a decision that I’ve been thinking for a long time, it’s a very, very hard decision because this is the sport I love. But despite having good opportunities to keep racing, I feel like I don’t live racing with such an intensity as before – and I now have different priorities in my life.

“I would like to express how fortunate I feel to have had this experience, this opportunity in my life. It’s been an amazing life to be out racing for such an important team and in front of all the fans. I can say that I achieved way more than I expected and I’m very very proud of all I’ve done in the sport.”

“It’s a great shame, I think, for MotoGP because our sport loses one of the best riders in the last years, in the last period. It’s also a great shame that Dani never win a world championship in MotoGP, I think he deserved minimum one.

“It’s also quite early but this choice is very personal – I don’t expect, I thought that he would continue, maybe with Yamaha, but he changed his idea I think, he thought a lot. It’s a great shame for everybody.”

Dani Pedrosa has won 31 MotoGP races in his career. Here’s hoping he can add some more before he retires to keep up that incredible record of winning a race in every season. 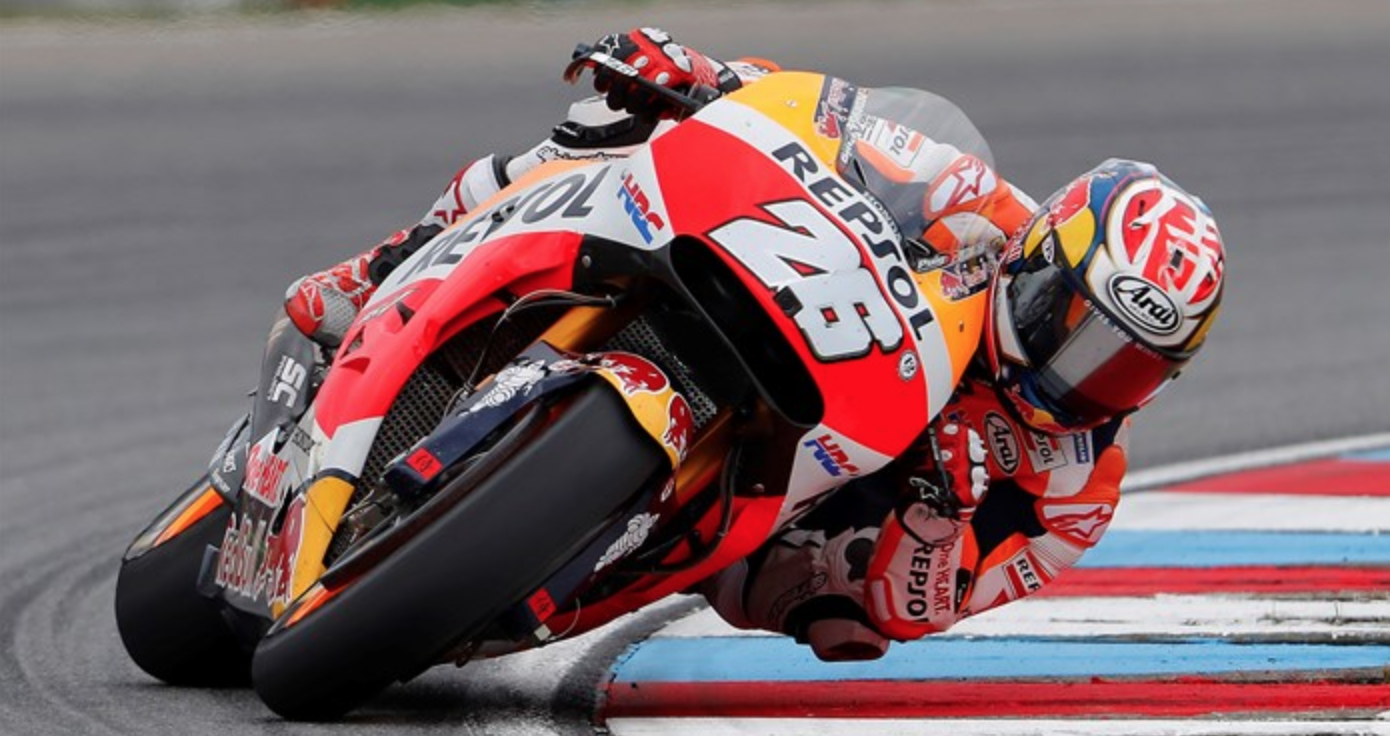