Daniel Abt Won The Mexico Formula E Race And Hopefully This Time He’ll Get To Keep It – WTF1
Skip to content
×
Formula E , News

Abt has been in Formula E from the very beginning, but it took him until the second race of this season to finally grab his maiden win…only to have it taken away from him because his Audi Sport car had the wrong stickers on it. No, really.

Three races later at the Mexico ePrix and he’s come through to take his first win all over again, something not many racing drivers can say they’ve experienced!

The race itself didn’t quite live up to the epic one we saw at the same circuit a year ago, but it wasn’t without its dramatic moments.

Pole-sitter Felix Rosenqvist led from the start and was dominating, but any chances of regaining the championship lead were dashed when his Mahindra ground to a halt just before one-third distance, eventually causing his retirement.

That put Oliver Turvey in the lead, only for him to lose it during the pitstop phase as a searing stop for Abt jumped him into a lead he was never to lose. Turvey came under pressure from Sebastien Buemi and Nelson Piquet Jr. towards the end of the race, but managed to hold on to take his first podium in the series.

Abt’s teammate and reigning champ Lucas Di Grassi has had a proper nightmare of a season with no points from the first four races. He had a grid penalty and five second time penalty for this race too and his pointless streak looked set to continue. However, a battling drive saw him pass multiple cars and set the fastest lap on his way to ninth to score his first points of the season in what he called his best ever Formula E race. He’s still 78 points off the title lead, though, so his defence is surely all but over.

And who is that title leader? None other than Jean-Eric Vergne. He had a fairly quiet run to fifth, but with two of his main title rivals (Rosenqvist and Sam Bird) finishing out of the points, he stretches his title lead to 12 points, with his Techeetah team retaining the lead in the teams’ championship. Not bad for a privateer squad… 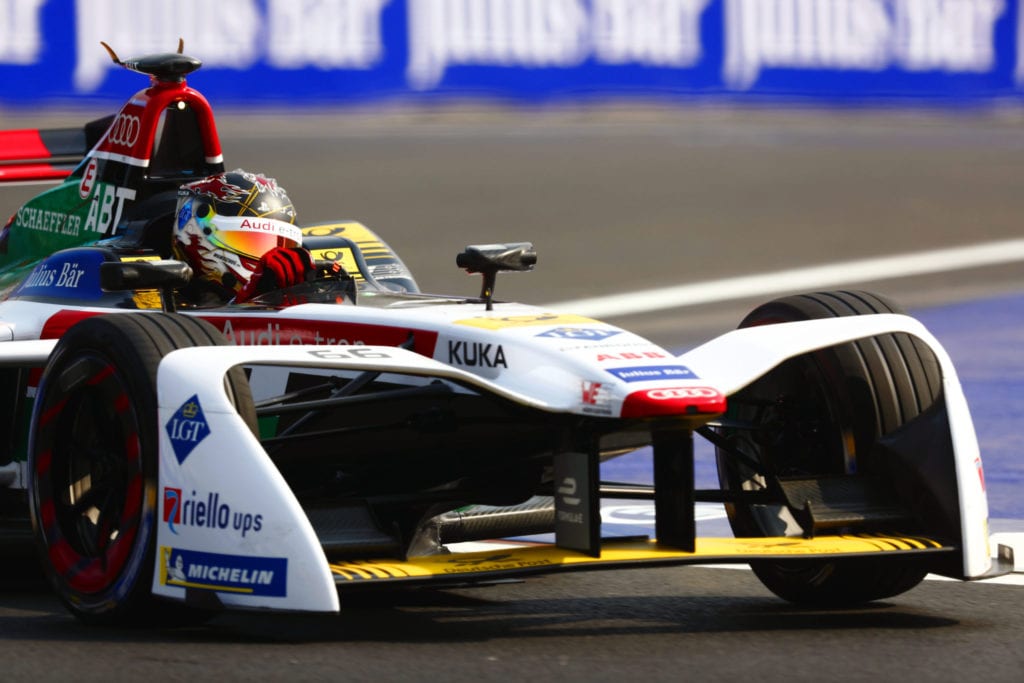