It’s now been more than a year since Max Verstappen was promoted to the Red Bull team at the expense of Daniil Kvyat. In that time he’s established himself as one of the most exciting and talented drivers on the grid, and a thoroughly tough opponent for Daniel Ricciardo.

Speaking about Max an in interview with Motorsport.com Ricciardo explained some of the strengths and weaknesses of his team mate:

“I think strengths, I guess his determination. “He’s obviously willing to push the car on the limit and that’s obviously a really good thing.”

Being an F1 driver though he obviously didn’t spend too long heaping praise on his teammate and instead moved on to what he believes is a weakness – his unwillingness to listen to other people. This most notably came to light during some of the arguments over Verstappen’s aggressive driving tactics last season where he refused to acknowledge the concerns of other drivers. Ricciardo said:

“And weakness, I would say his age. But not his age in the sport. He’s done the racing a long time so it’s not necessarily that, but I think it’s probably just in life. Probably just absorbing some things from older people – like last year when he was doing some things with braking. A lot of the older drivers would say: ‘Look, we don’t think this is right’, or something. And Max would be like ‘I know what I’m doing’ kind of thing. You know, that’s a strength that he is independent, but may be a weakness… But that will come with time, and he will then understand maybe a little bit of probably advice from the older guys.”

When asked about how well he works with Verstappen, Ricciardo said:

“I always try and learn from everyone. I think because driving is such a technical sport, there’s always something different you can apply. A different technique or whatever, a way to set the car up Honestly, I can’t say there’s one place where I’m like: ‘Well, I learned that from Max.’ If it’s in technique or braking or something, I think you learn these things subconsciously.

Overall though he said that having Verstappen in the team was a positive thing, and that as a result of pushing and learning from each other that they’ve actually ended up with similar set up preferences:

“Because we are both very motivated and very determined to win, we are constantly pushing each other, but also our engineers are trying to really find a way to make the car different. So, maybe some things last year with the setup. I think we started off with quite different setups. And then we kind of merged together. So maybe I did some things which I didn’t think would work, and he maybe some things he was doing [as well]. Like this, you maybe start to learn some things.” 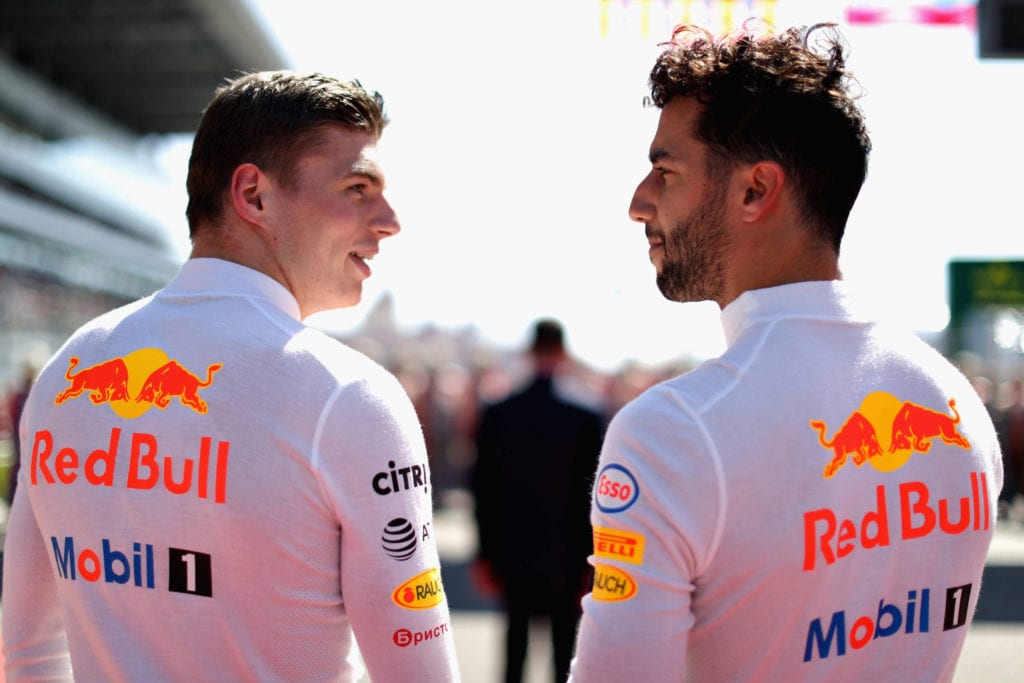