Daniel Ricciardo Explains How He’d Like To Shake Up The F1 Calendar – WTF1
Skip to content
×
Formula 1 , News

Over the last couple of decades, the F1 calendar has massively expanded – not just in terms of the number of races, but because of the countries it visits. Rather than being a European-centric series with a few odd flyaways it has become a much more global sport, with more races especially in Asia and the Middle East.

This has led to some odd arrangements in the calendar – Bahrain and China were back-to-back races earlier in the year, and the Russian and Japanese Grands Prix fall on consecutive weekends later on. We asked Ricciardo his thoughts on the current set-up and he said he’d like to see a change:

“Logistically, it’s not that smart. I do think we need to focus on one area then go to another. Because now we’re going to Singapore, then Russia, then Japan, then Austin, it’s so stupid. Logistically they could make life easier for us – or for everyone, probably more so for the mechanics. I might just take over F1 myself and start my game plan!”

As well as making more logistical sense, Ricciardo added that it would actually allow people to enjoy the part of the world they’re in rather than focusing so much on trying to get to the next race:

“We would be actually able to spend more time in that part of the world. If we focus on the Americas or Asia or whatever, if we had a month based around that area then we could probably actually spend some time in the city and see it. Just from a life experience point of view you would probably see more, as opposed to being like ‘We’re here, but oh shit we gotta get to the other side of the world for next week’. We don’t actually see that much which is a shame.”

What exactly would he do with his extra time? Well, it sounds like he’s already got some rough plans in his mind…

“As a kid, I’ve always wanted to do a road trip through America, for example. If we actually had a few weeks there, maybe that could happen. I’ve always wanted to get just a few of my close mates and do that. You know, go to the Grand Canyon but then do like, the Daytona 500, and things like that. Just go to really small, unheard of towns and go see some guy play the banjo to 10 people.

“I’m fortunate to already do a lot, but you kinda get a taste for the travel and at the moment a lot of the time it’s just a tease, because we’re there but not really getting a massive chance to see it. I think there would be benefits to changing that.”

Ricciardo also suggested that the demands of the current schedule take up so much time that if things didn’t change, it’d likely be the biggest factor in when he decides to call time on his F1 career.

“I kinda joke about it and I don’t even know if I’m joking or not – I probably still am – but I think part of the reason I’ll probably stop when I do will be because I actually want to do these things that I’ve always wanted. I don’t want to do them when it’s too late in life. So I dunno, if it was structured differently, maybe it would keep us in the sport for longer.”

Thankfully, Ricciardo’s retirement is likely to be a long way off, but he makes some good points. If you grouped all the races together, starting with the Asian rounds, moving into the Middle East and then Europe before having the final rounds in the Americas, it’d make a whole lot of sense. Then again, there are reasons why certain races are where they are on the calendar. Whether organisers would be willing to move the date of their race for a benefit they likely wouldn’t feel the results of is another matter. 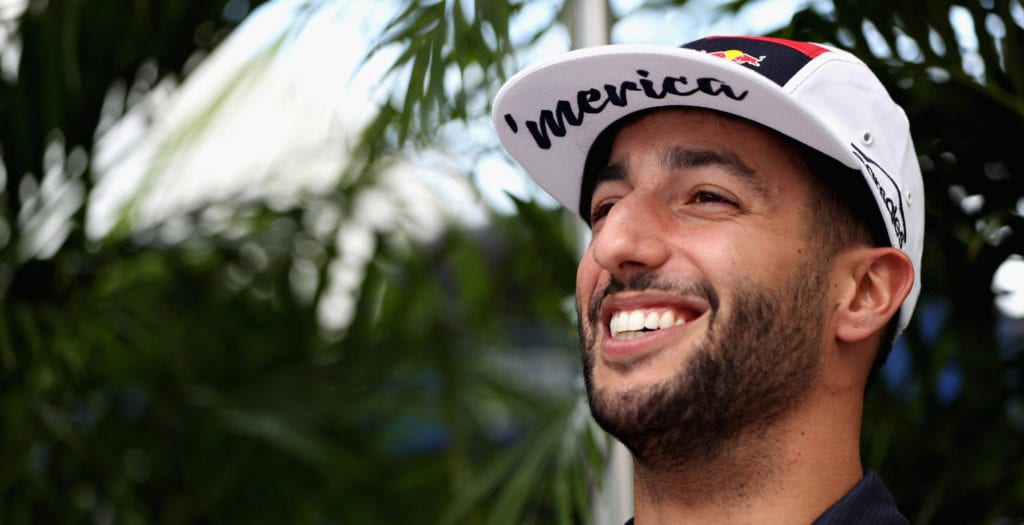