It’s rare we see cars crashing at Albert Park’s Turn 14 (and also not often we see Ricciardo binning it) but when drivers lose control of these new 2017 Formula 1 cars, there’s no chance of recovery.

Ricciardo hasn’t had a lot of luck at the Australian Grand Prix but a home win has been made even more tricky by a crash in qualifying.

He was on a hot lap in Q3 when he spun into the barrier at Turn 14. Fortunately, he was OK but it means he’ll start at the bottom of the top 10, unless any penalties for component changes are applied.

We imagine there was a collective gasp in the grandstands as his car backed into the wall. It brought out the red flag while the car was repaired.

There’s not a lot that stops the Honey Badger from smiling but we’re gonna guess that this crash did. 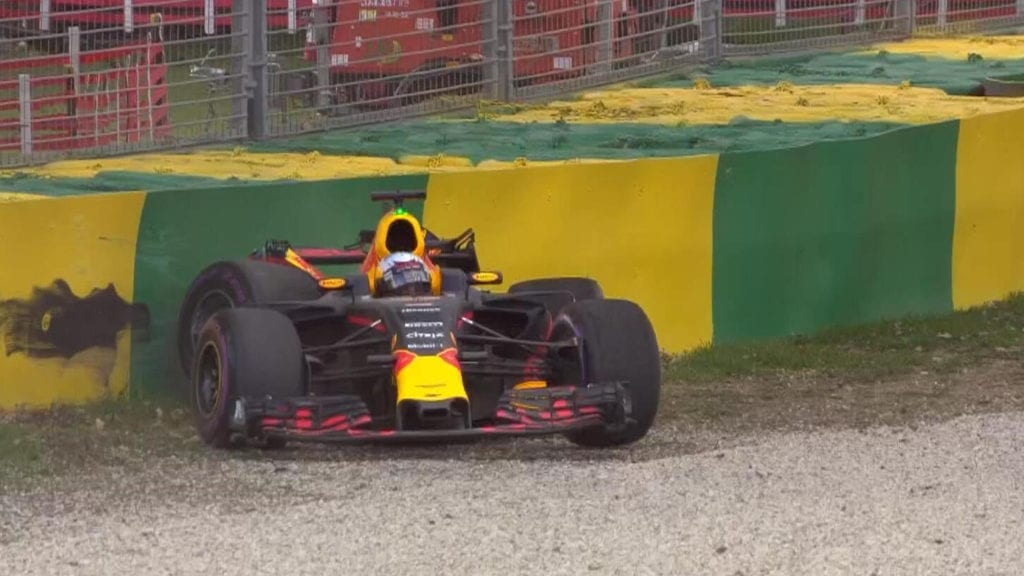