Daniil Kvyat was due to start the Canadian Grand Prix from 11th on the grid but when his car failed to get away for the formation lap he dropped to the back.

F1 rules say if that happens a driver isn’t allowed to regain their grid position once they’ve passed the first safety car line and must start the race from the pits. Kvyat however took up his normal grid position and as such got a drive-through penalty in the race.

Bizarrely, the stewards decided later in the race that they’d given him the wrong penalty and issued him another penalty of 10 seconds, to either be added onto his race time or taken at his next pit stop.

At his second pit stop the combination of the the 10 second penalty and a kerfuffle with the tyres lead to the Toro Rosso overheating and put Kvyat out of the race, losing him and the team a chance of points.

During the race we heard plenty of choice language over team radio from the Russian but he saved his harshest words for after the race, when he absolutely slammed the stewards. He said:

“They have a job to do which is not so difficult in my opinion and they cannot do the job properly,” said Kvyat. “They were clearly sleeping today in their office, so maybe they needed some coffee there. They should cancel this stupid rule. Who is this rule for? Are we taxi drivers here or Formula 1 drivers? I don’t understand this. It’s a circus, a stupid f** circus.

“What I know is that our team manager was arguing for 10 laps with the FIA we shouldn’t get another penalty. They said, ‘no sorry, we have this’. It’s like football. He says there is a penalty, then he runs back, watches the video, and says ‘Ah, it’s not a penalty, cancel it’. That’s what, more or less, happened today.”

He also took a leaf out of Sebastian Vettel’s book and had a pop at race director Charlie Whiting, though he admitted he needed to cool down before confronting him about it:

“I will go and talk to Charlie. It’s f** … It’s annoying, it’s really annoying me. A simple job, and he can’t even do that job properly. Maybe it’s better to go in the back room because now the heat is up for me I will not want to say anything wrong to any of them and I’m not really sure it’s Charlie. I want to understand first of all who does this job.

To add insult to injury Kvyat was also given two penalty points on his superlicence for the whole thing.

His frustration at the whole situation is understandable, as being penalised because of a mistake by the stewards is pretty much unprecedented. 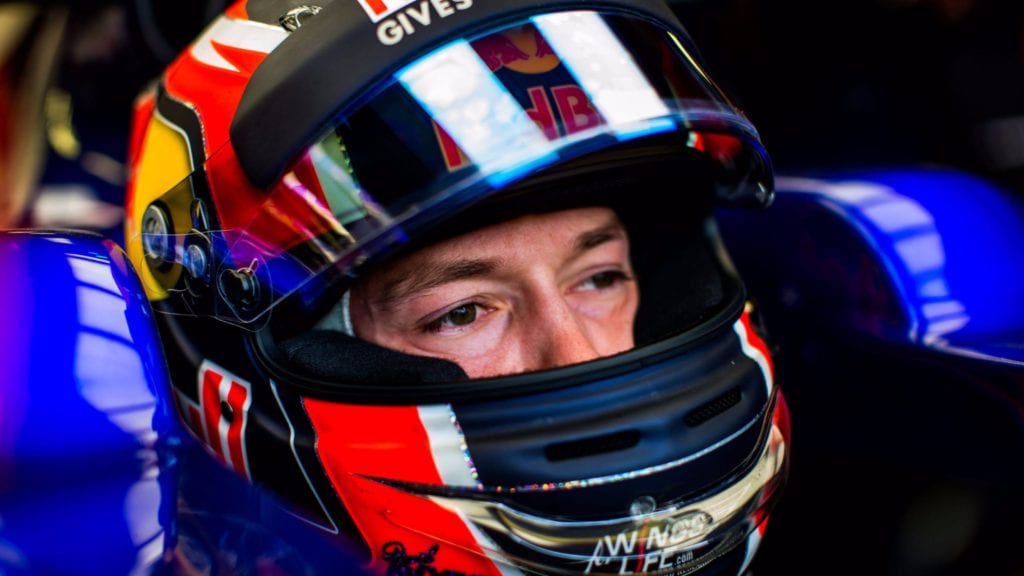