Did Bottas Bottle It Against Vettel On The Last Lap In Bahrain? – WTF1
Skip to content
×
Formula 1 , Opinion

Did Bottas Bottle It Against Vettel On The Last Lap In Bahrain?

The Finn needed a strong weekend to bounce back from the disappointments of the Australian Grand Prix, and that’s exactly what he had. The Mercedes driver ended up in a tense battle for victory in Bahrain as Vettel started to struggle on very old rubber towards the end of the race.

Bottas found himself edging closer to the rear of the Ferrari and was within the DRS zone for the final lap. Heading into the first corner, Bottas shifted his W09 to the inside line for a peek, but quickly went back to the conventional line for the corner rather than taking what would have been a very risky dive.

Whether Bottas bottled it or not is ultimately hypothetical. If he’d taken an aggressive lunge up the inside and collided with Vettel, fans would be calling him a rash driver, and two below par weekends in a row would have been bad for him.

By not committing to an aggressive overtake, he’s finished ahead of his teammate and taken 18 solid points in the championship. The conversation around what Hamilton might have done in that position is as hypothetical. Some are wondering why Bottas didn’t line Vettel up for Turn 4, but it all culminates as an example of the huge pressure and scrutiny the drivers in the top teams must endure.

Vettel was on 39-lap old soft tyres at the chequered flag, Bottas on 37-lap old mediums. In the practice sessions leading up to the race, it was noted on a few occasions that the anticipated lap time advantages of one dry compound over the other were a bit more skewed than usual. It wasn’t as if Bottas was charging down on Vettel on very fresh rubber.

Does Bottas lack a killer instinct in wheel-to-wheel combat? Would one more lap of the race have seen a different winner?

In all of this concern towards Bottas, who did finish in second place, we also forget to mention Vettel’s ability to defend. He is a master of leading races, his titles at Red Bull built on making the right moves whilst leading, with and without pressure.

Overall, Bottas will be happy with his weekend in Bahrain and there is plenty of promise for this weekend’s battle in Shanghai for Mercedes. Penalties and qualifying crashes aside, the team clearly has great pace this season. Bottas in particular will be looking to have a better Chinese Grand Prix – last year he only finished in sixth, and tasting the podium in Bahrain will surely motivate him to disprove his doubters. Being involved in the fight for the lead wouldn’t go amiss, either. 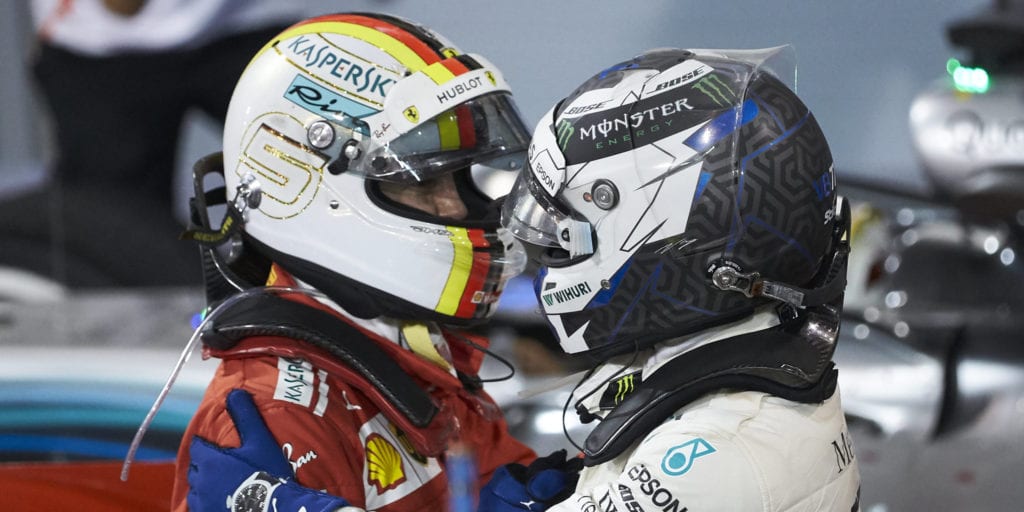