Did Ocon Just Confirm That He’s Lost His Seat At Force India?

Qualifying third at Spa was yet another excellent performance from Ocon, a driver who’s surely proved that he’s more than worthy of a decent seat in F1.

Yet, thanks to the way the driver market has shifted around and the situation at Force India, he could well be out of a drive next year. And if his conversation with Vettel after qualifying is anything to go by, then he seems to have confirmed himself that he certainly won’t be at Force India next year. TV cameras caught the pair having a chat:

Vettel: Next year? Still nothing?
Ocon: No.
Vettel: Will you be here [at Force India]? No?
Ocon: No, no. The seat is taken.
Vettel: Oh yeah? Who?
Ocon: Have a guess – the one who bought it!
Vettel: Yes, but the other one?
Ocon: Well, the other one [Sergio Perez] brings money.

Is that the inadvertent confirmation of Lance Stroll and Perez at Force India next year we’ve all been expecting?

It’d be hard to bet against it being true, but the real question is whether the driver line-up might change before 2019. Rumour has it that Stroll could leave Williams for Force India by Singapore (or even Monza), promoting Robert Kubica to a race seat and leaving Ocon out of a drive altogether.

It must be especially gutting for the Mercedes junior – not just because he’s a quality driver who should definitely have a seat, but because he was all set to drive for Renault next year… until Daniel Ricciardo swooped in and nabbed it.

Should Ocon lose his Force India drive for 2019 then there are plenty of open seats he could go to – Toro Rosso, McLaren, Williams – but whether any of them are actually realistic options is another matter. 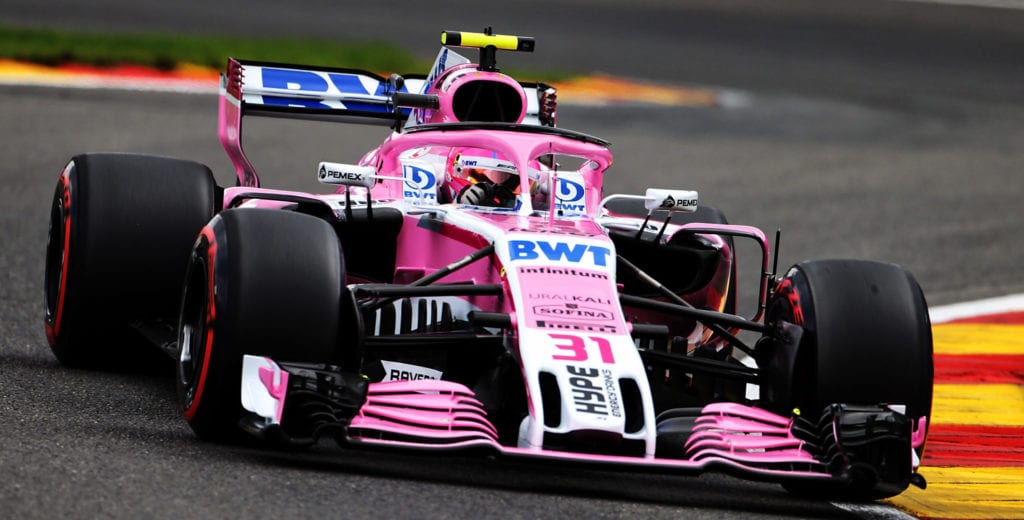